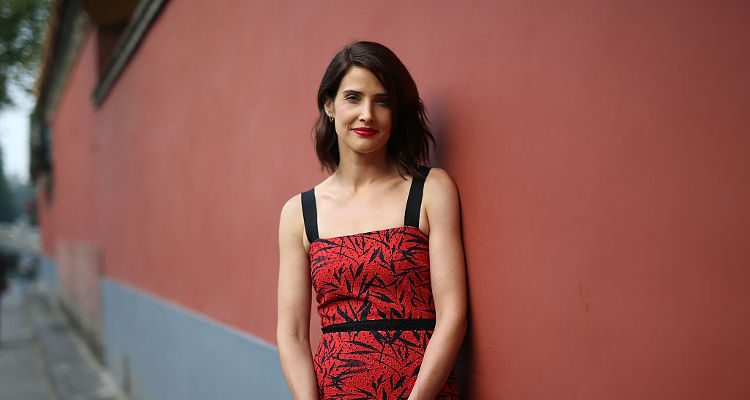 Did you know that stunning actress and Jack Reacher 2 star Cobie Smulders was diagnosed with and then conquered ovarian cancer? The former How I Met Your Mother star opened up recently to Women’s Health magazine to share her story and raise cancer awareness.

Cobie Smulders on How She Conquered Ovarian Cancer

Cobie Smulders is a strong woman. The actress and mom of two recently shared how she battled a terrifying diagnosis of ovarian cancer when she was just 25 years old. There is no doubt that this experience created much anxiety and devastation for Smulders, especially at the moment she was diagnosed. However, the diagnosis did catapult the star into making some major changes in her life.

Smulders admits that she began meditation and doing tons of yoga. She went the alternative route and saw several energy healers which she says “evaporated black smoke” from her lower body. She also attended a cleansing retreat in the desert where she went without food for eight days and experienced hunger induced hallucinations.

Although she admits that along with multiple surgeries, she does not know exactly what treatments worked and helped her heal. Her journey helped her get to where she is today, and it may be a different journey for someone else, but adding the holistic and alternative modalities of healing may have increased her chances of a full recovery. Many doctors agree that if these methods are used in complementary ways, and not in place of conventional medicine, there is no harm in giving them a try.

The 34-year-old actress is extremely grateful for the gift of her two daughters, who she was able to create with her own body. Because of her miraculous story of beating cancer, Smulders really wants to spread awareness about the disease. In Lenny’s Letter, she shares, “I wish that we as women spent as much time on the well-being of our insides as we do with our looks on the outside. If you are going through something like this, I urge you to look at all your options. To ask questions. To learn as much as you can about your diagnosis. To breathe. To ask for help. To cry and to fight.”

Although Smulders case is rare (being diagnosed so young), it does happen. Luckily, her massive lifestyle change and surgeries helped her defeat it, although she admits the fear of it returning still lurks.

One of the ways to lower the risk of developing ovarian cancer is to commit to eating a healthy diet. Smulders gave up cheese and switched to a raw-food and low-carb diet.

Maintaining a healthy lifestyle and weight are excellent tools of prevention, even though there is no evidence that it’ll help you fight something like cancer. With respect to ovarian cancer, doctors state that taking birth control for more than four years is also effective prevention.