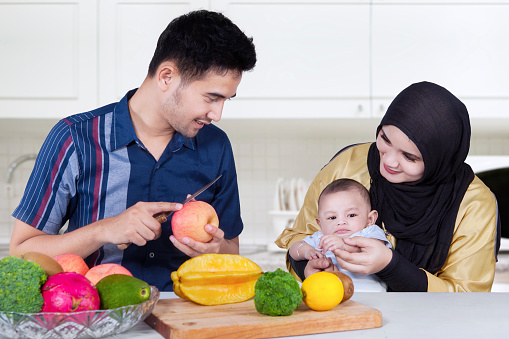 A mother’s nutritional habits can play a significant role in the health and wellness of her offspring, but new evidence suggests that the paternal diet (vitamin B intake) can affect the offspring’s body weight and overall health.

Vitamin B and Health of Offspring

For the study, recently published in the journal PLoS One, researchers set out to determine whether controlling a father’s vitamin B intake before conception can alter intestinal tumor formation in the baby. They also wanted to identify potential mechanisms when it came to weight differences among offspring by looking at hepatic gene expression and fat content.

Male mice were fed diets containing complete, mildly deficient, or supplemental quantities of vitamins B2, B6, B12. They were also given folate for two months before “mating” with female mice. Offspring were euthanized at weaning and hepatic gene expressions were analyzed to assess tumor burden.

Researchers discovered no differences when it came to intestinal tumor incidence between male offspring and paternal diet groups. In female offspring, there were no alterations in tumor frequency. Researchers did notice an increase in tumor volume when there was more paternal B vitamin intake.

Researchers concluded that, according to this animal model study, paternal vitamin B intake prior to mating can alter the offspring’s weight gain, lipid metabolism and tumor growth in a sex-specific fashion. More research needs to be done, but results indicate the need to better define how a father’s nutrition affects the health of the child.