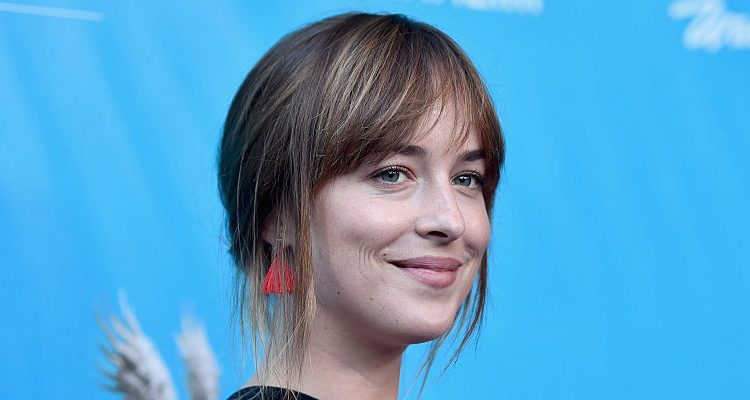 Jamie Dornan and Dakota Johnson of Fifty Shades Darker showed off toned figures in the trailer for their upcoming film. The recently released second trailer for the film shows raunchier footage, which many fans felt wasn’t there for the first film. The trailer shows much more intimate scenes between Dornan and Johnson. From steamy make-out sessions in the shower to Mr. Grey slowly undressing Johnson’s character, the second installment is sure to crank up the heat. There is even a sneak peak of Dornan completing pull-ups, which shows off his chiseled back muscles and reveals how strong the actor really is.

Although Christian Grey isn’t an overly muscular man, Dornan still had to prep for the role to perfect certain muscle groups. In order to do that, he completed weight training, cardio, and an intense abs workout. Some key exercises to ensure he had defined shoulders, back, and chest include weighted pull-ups, incline presses, and shoulder presses along with Bulgarian split squats.

His workouts were very focused on particular body parts for added definition while also overworking body parts that didn’t need to be so defined.

Dornan worked out four days a week and rested on the remaining two. Each workout day was dedicated to a certain body part.

The novels described Mr. Grey as lean, yet muscular with broad shoulders; and so, the workout plan Dornan followed helped him achieve the description from the novels perfectly.

As for Johnson, her diet removed processed foods and was replaced with a juice diet. The juices she drank were very high in nutrients but weren’t intended to be a cleanse juice; instead, they offered plenty of nutrients.

Johnson isn’t known to be into fitness and exercise, but while preparing for the role, she discovered how beneficial regular exercise can be for overall well being. Her goal was to look as hot as possible while nude—and there are plenty of scenes where the actress is nude!

Yoga is a big part of Johnson’s workouts as it not only promotes a lean body, but is a great stress reliever as well.

With so many scenes requiring both Jamie Dornan and Dakota Johnson to be naked, it’s no surprise that both actor and actress had to amp up their fitness routines to look their best. While the first film was criticized as lacking in the sex department, it seems that the director has taken note for Fifty Shades Darker and is giving the fans what they want. You can expect more explicit scenes, with both Dornan and Johnson to portray a truer version of what the books detailed.