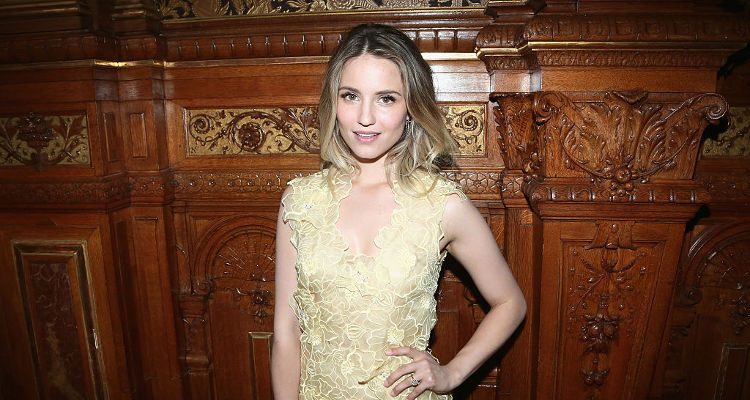 Former Glee star Dianna Agron married Mumford & Sons banjoist Winston Marshal this past week at the Beldi Country Club in Marrakech, Morocco. The wedding was reportedly spectacular, and how could it not be in such an exotic location.

Agron apparently looked beautiful in her Vivienne Westwood dress, though no official pictures of the dress and ceremony have been released as of yet. The couple got engaged in 2015 after dating for less than a year.

Agron is best known for her role on the hit show Glee, but she has also starred in two other hit shows, Veronica Mars and Heroes. She has since moved on to appear in movies and in 2015 was in the movies Zipper, Tumbledown, and Bare. The actress looks young for her age and keeps a fit body. So, what exactly are her secrets to looking fabulous?

Agron is a vegetarian, so she doesn’t eat meat—she opts to eat only fresh food and a lot of fruit and vegetables. The best way to know what’s going into your body is to prepare meals yourself, and that’s exactly what the actress does. She’s often seen running out to Whole Foods to do her grocery shopping.

My little cupcake, I'm so happy for you #DiannaAgron @diannaagron you deserve it so much ??? gorgeous

The actress says she drinks a lot of water and eats clean food. Processed and junk food of any kind are a definite no for her. It’s important for her to make sure she’s not starving herself, and she is detailed as far as eating what’s good for her, which includes taking multivitamins and taking care of her skin. Health is a combination of those areas for her; not just a focus on one without adding in the other elements.

Agron likes to drink natural juices to help flush out toxins from her body, which also keeps the skin looking fresh and gives it a glow. Detoxifying the body can have that effect. This actress believes that eating healthy gives her the energy she needs to get through her busy days. She says she needs regular additions of clean protein and vegetables to her diet. Clean proteins are those that come from non-animal sources. Cravings for sugar and carbs don’t happen for her, and she says it has to do with her blood type; she is referring here to the idea that we should eat according to our blood types.

As for her workouts, Agron loves Pilates and a good dance class. In high school, Agron took ballet classes after school. She started ballet when she was three years old and even taught it afterwards. Her focus was on both ballet and jazz. When she travels, she makes sure to take resistance bands or boxing gloves with her for a quick workout in the hotel room.