Home > Celebrity Workouts > Did Diego Luna Work Harder to Stay in Shape for “Rogue One” than to Change His Accent? 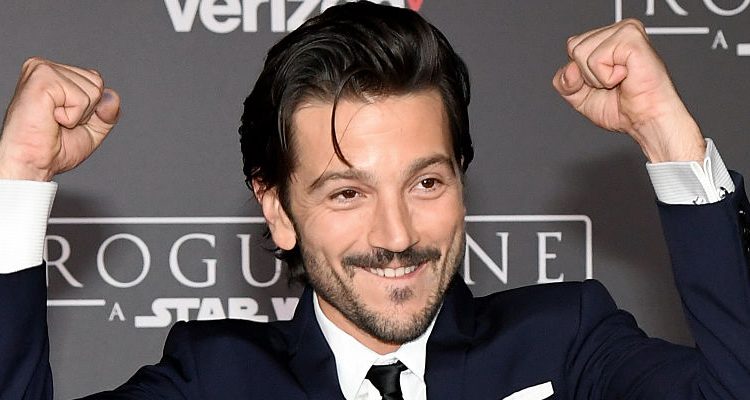 Diego Luna, who plays Cassian Andor in Rogue One, just brought the internet to tears by sharing an incredibly heartwarming story from a fan. The fan wrote, “I wanted my Mexican father, with his thick Mexican accent, to experience what it was like to see a hero in a blockbuster film speak the way he does. My dad was so happy. As we drove home he started telling me about other Mexican actors he thinks should be in movie in America. Representation matters.” The comment goes to show that while actors often work hard on their fitness to fit a certain role, sometimes people are noticing more much than the physical appearance.

The actor was so moved by the fan’s story that he even took the time to comment on it saying: “I got emotional reading this!” What an honor it must have been as an actor, knowing that you’ve touched the lives of those watching your film so deeply.

Luna began his early acting career in Mexican films and telenovelas but broke into Hollywood with his role in Dirty Dancing: Havana Nights. From there, he began taking on bigger roles, with the most recent one being Rogue One: A Star Wars Story.

Although Luna is pushing his 40’s, the actor looks younger than ever thanks to the healthy lifestyle that he follows. Luna has reportedly acknowledged the fact that the older he gets, the closer attention he needs to pay to his health. Therefore, the actor regularly embarks on cardio and swimming in order to stay in shape.

Celebrity Sizes reports that, despite being a busy actor, Luna always finds the time to hit the gym and ensure he is eating as healthy as possible. Even when he can’t get to the gym, he will perform cardio exercises outside such as going for a run or even a hike.

Aside from his indoor and outdoor exercises and workouts, Luna’s job as an actor is often physically demanding as well. That, too, helps keep him in shape.

As a result of Luna’s healthy lifestyle, he has impeccable strength and a good fitness level overall. You might think that being a busy actor means Luna may be too tired to work out, but Luna is actually quite dedicated to his workouts; and so, they are far from being a burden.

Whether Diego Luna is working on his own health or bringing greater representation to feature films, there’s no doubt that he is a great role model not only for healthy living, but for showing diversity in Hollywood and the film industry.