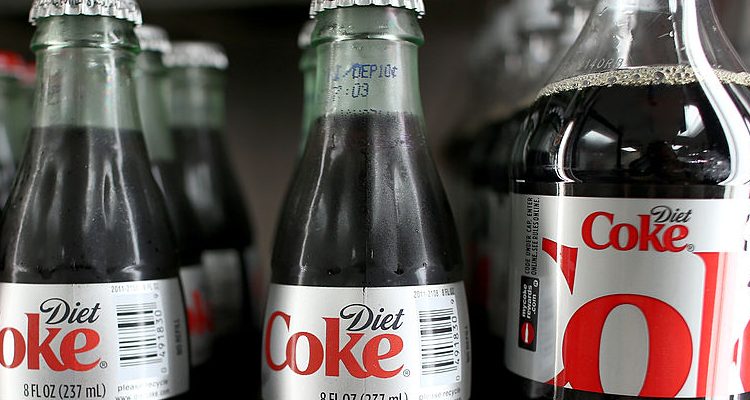 Sugar is everywhere in the standard American diet, including bread, pizza, and soft drinks. In fact, approximately 75% of processed foods and drinks contain added sugar. Various studies have linked sugar-sweetened drinks to diabetes, metabolic syndrome, and heart disease. Sugar-free diet drinks have been promoted as a “healthy” alternative to these sugar-sweetened beverages and a way to prevent weight gain; however, according to a recent study, they may not be healthy after all.

New commentary on artificially sweetened beverage research and policy published in the journal PLOS Medicine argues that beverages with artificial sweeteners are just as ineffective for weight-loss prevention as full-sugar drinks.

The commentary is a combined research effort between Imperial College London in the United Kingdom, Washington University in St. Louis, Missouri, and Brazil’s Federal University of Pelotas and the University of Sao Paulo.

How Do Diet Drinks Compare to Full-Sugar Drinks?

According to the authors, sugar-sweetened drinks make up a third of the total sugar intake of teenagers. In the U.S., they account for almost half of the added sugar in the standard diet; in Brazil, sugar-sweetened beverages are the second-largest source of sugar. These drinks are high in calories and void of essential nutrients. Evidence also suggests sugar-sweetened drink consumption increases the risk of diabetes and being obese or overweight.

Sugar-free drinks with artificial sweeteners are considered a “healthy” alternative to those sugar-sweetened drinks. The number of American children consuming artificially sweetened drinks doubled from 1999 to 2008.

Artificially sweetened drinks include flavored water, fruit juices, ready-to-drink teas and coffees, and soft drinks, including “diet” soft drinks. They are perceived as healthy because although they share a similar taste to full-sugar drinks, they do not trigger energy compensation mechanisms. Basically, the artificial sweeteners do not get converted into energy.

Why Diet Drinks Increase Your Risk of Chronic Diseases

The researchers mention that artificial sweeteners are actually several times sweeter than regular sugar. As a result, this can stimulate secretion of gut hormones and increase cravings for sweet foods. Although artificially sweetened drinks are low in calories, they may lead you to eat more of other foods. This can potentially lead to weight gain, obesity, and other related chronic diseases.

Observational studies have even associated the consumption of artificially sweetened drinks with a higher body mass index (BMI) and a greater risk of type 2 diabetes. Other randomized controlled trials show that artificial sweeteners do not affect weight loss. And, although the new evidence being reviewed doesn’t directly show that artificially sweetened drinks lead to weight gain or metabolic disorders, it also doesn’t show the effectiveness of these sugar-free drinks either.

It is always a good idea to read food and drink labels. Let’s take a look at diet soda. It contains aspartame, which may cause brain damage, central nervous system disturbances, and menstrual difficulties. Also, the sodium benzoate in the artificially sweetened drink combines with vitamin C to form cancer-causing benzene. It also contains acesulfame potassium that may cause diarrhea, low blood sugar, cramps, vomiting, nausea, kidney and liver damage, sickle cell anemia; it has also caused cancer in lab animals. Those are just a few of the ingredients in beverages with artificial sweeteners.

What should people be drinking instead? Water should be the go-to drink for many people. As a healthy alternative, cold-pressed and freshly squeezed vegetable and fruit juices made with a juicer are good options as well.