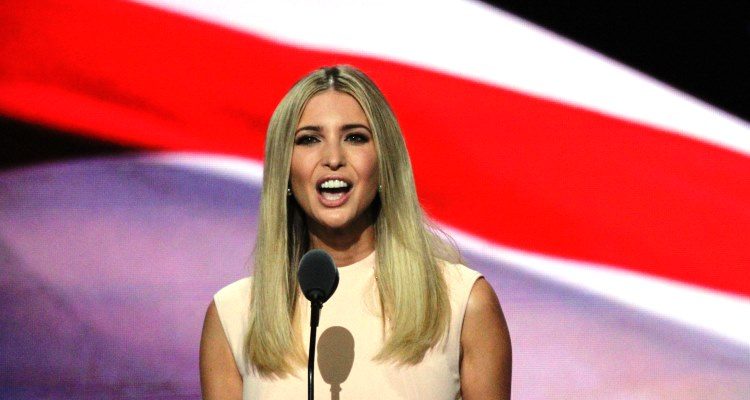 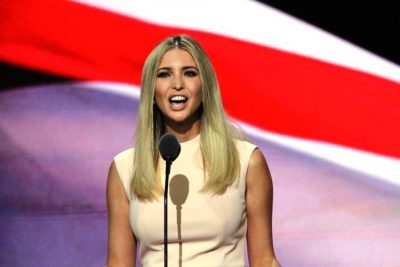 The Ivanka Trump weight loss journey since having her third baby, Theodore, in March of this year has been going steady. A recent video on the Ivanka Trump Instagram account shows her working out in a gym; it is tagged “Up and at ’em!”

Finding time to exercise as a busy working mother of three is commendable, especially since her schedule has become more hectic with the addition of event appearances for her father’s presidential campaign. Ivanka Trump’s 30-pound weight loss over the past five months has been accomplished with regular exercise and a regimented diet.

Ivanka Trump doesn’t rely on “cleanse” or “juice” diets. She says she tried it once and she was so hungry and lethargic that she vowed to never do it again. Instead, she decided to sort out how her diet was managed, paying close attention to the carbs and proteins she ate, as well as any unhealthy junk foods she might have consumed.

Ivanka Trump’s current weight is lower than it was before she got pregnant because she used to eat like a teenager, she says, loading up on pizza and pasta.

But after her pregnancy, she started to make healthier choices and hasn’t looked back since. Ivanka Trump focuses on eating healthy carbs like sweet potatoes and whole grains, but for the most part she avoids carbohydrates, especially refined white flours that are found in pizza and white pasta.

At 5’11” and a former model, Trump has been blessed with a gorgeous body, but even those born with great genes have to work to stay in shape, and eating carbs three times a day wasn’t doing her any favors.

Other changes that were made to her diet involve protein. Ivanka Trump eats high-quality protein now, including lean meats, seafood, beans, and low-fat dairy.

She also eats a lot of green vegetables and stays away from sugar and processed foods, something everybody should do for better overall health.

Ivanka Trump knows how to balance meal and snacks. What does that mean, exactly? It means there is a better way to snack, even if you are an already healthy snacker. When eating in general, it is best to pair a protein with a fat and a carb.

So if Trump is having nuts, she adds a piece of fruit; if she’s having a smoothie, she adds protein powder. The triple combination of fat, protein, and carbs keeps blood sugar levels balanced and promotes a fast metabolism.

Diet is a huge component of any weight-loss program, but without exercise, efforts will plateau and achievements will be minimal after a certain point. Make sure to incorporate a regular exercise routine like Ivanka Trump, who does yoga, Pilates, and tennis to burn calories and stay in shape.

Working out five times a week will get a body very toned and sleek, but exercising for as little as one hour, three times a week will do the trick as well. Make sure to combine cardio and weight training because the latter maintains and develops muscle.