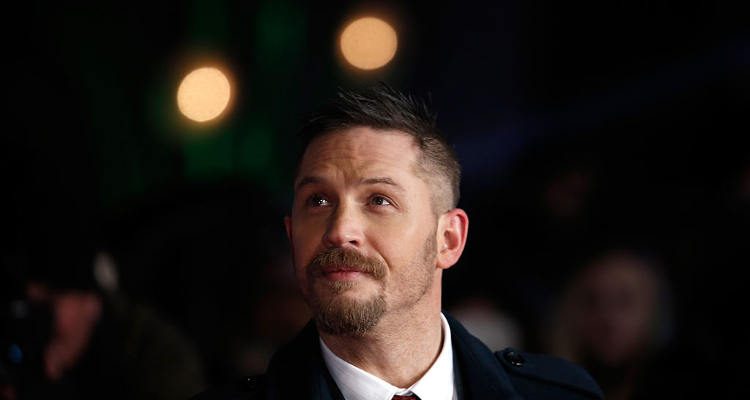 The poster for Dunkirk has been released and shows actor Tom Hardy looking over a fiery, war-torn beach. The Christopher Nolan film is inspired by Operation Dynamo, which was a rescue mission of 340,000 allied troops during the war.

The troops were surrounded by Nazis in Northern France, and the film outlines how they were saved.

Tom Hardy is no stranger to transforming his body for movie roles. In the past, he had to bulk up to play a fighter. Although Hardy is in his 40’s, he still manages to look much younger thanks to his clean eating and regular, intense workout regimes.

In order to achieve his muscular and chiseled physique, Hardy often partakes in mixed martial arts, boxing, Muay Thai, and weightlifting. For each of his roles, there a different body shape is required.

For example, in the 2008 film Bronson, we see a much larger Hardy who had to bulk up quickly and completed repetitive movements in order to gain size.

In the 2011 hit Warrior, we see a more defined Hardy as he had to achieve leaner muscle. To prep for Warrior, Hardy completed intense training lasting up to eight hours a day, seven days a week.

Furthermore, he complemented his workouts with six meals a day, which were fairly low in carbs and high in protein.

For his role in Batman as Bane, Tom Hardy completed a workout similar to that for the film Bronson but with more weight lifting.

His workout for Batman was called the 5×5 workout, which consists of completing five sets and five repetitions with a two- to four-minute break in between. You work out three times a week, and every time you complete a set, you add on additional weight.

Tom Hardy has put his body through it all, and each time he is on the big screen, we see a different Hardy. For his role in Dunkirk, we don’t expect to see an overly muscular Hardy, as that wouldn’t fit the role of a war soldier. Instead, we can imagine that Hardy had to become much leaner.

Although we can’t all make exercise a full-time job like Hardy, there are some takeaways from his routines: always be in a calorie surplus, exercise at a high intensity for as long as you can, use compound movements, and don’t avoid bodyweight movements. By adding some of these principles to your routine, you can work on achieving great gains and mass.