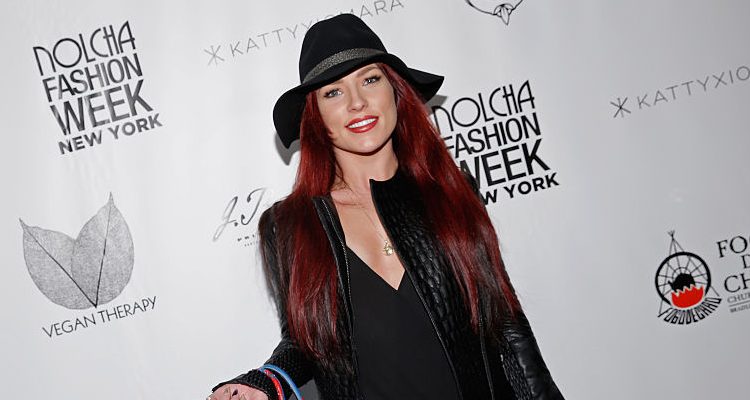 Dancing with the Stars Sharna Burgess still managed to put on a stunning performance with partner James Hinchcliffe despite having an injury. The ballroom dancer and race car driver duo put on a 40s inspired jitterbug dance routine to the song “In the Mood” by Glenn Miller and His Orchestra. The couple, nicknamed StopNGo, received 39 points for their efforts.

Burgess managed to sustain a knee injury during dress rehearsals, but that didn’t stop her from giving it her all in the team’s army-themed dance routine.

Even though dancing is a pretty intense workout on its own, that doesn’t stop Burgess from still improving her fitness when she’s not on the dance floor. The dancer still regularly exercises when she isn’t dancing, and she eats well in order to maintain her figure.

Burgess has told People magazine that she needs to stay fit whether she is on DWTS or not. Although she has less time to hit the gym during a season of DWTS, she still tries to make it to a hot yoga class for stretching and relaxation.

Burgess’ advice to staying fit is to find something you enjoy doing so that you’ll stick to it. The dancer explained, “The best form of exercise is one that you enjoy. Find a local dance studio, take a friend to hot yoga – make it a social thing if you struggle to find the motivation. Once there are changes in your body and your energy levels, that will be all the motivation you need.”

Another piece of advice from Burgess is to stay well-hydrated—many of us underestimate just how important staying hydrated is for our health and bodies.

As for Burgess’ diet, it often depends on her work schedule. When she isn’t busy rehearsing, she often plans out her meals which include Greek yogurt and berries for breakfast, whole wheat crackers with cream cheese, lettuce, avocado, and cold meat for lunch, and for dinner she has grilled fish or chicken paired with a salad.

Although Burgess generally eats healthy, she does have a sweet tooth, so she often sneaks in a chocolate bar.

In order to lose weight, Burgess recommends that people up their veggie intake and drink plenty of water—this can rev up digestion and will keep your skin looking its best. As for exercise, she recommends a combination of yoga and Pilates along with some dancing to keep things fun.

As you can see, Sharna Burgess lives a pretty healthy lifestyle and has perfected the balance of exercise and healthy eating.

“Dancing with the Stars Sharna Burgess shares how she stays so fit – even during the show’s busy season,” People web site, http://greatideas.people.com/2016/04/25/dancing-with-the-stars-sharna-burgess-fitness-tips/, last accessed October 25, 2016.