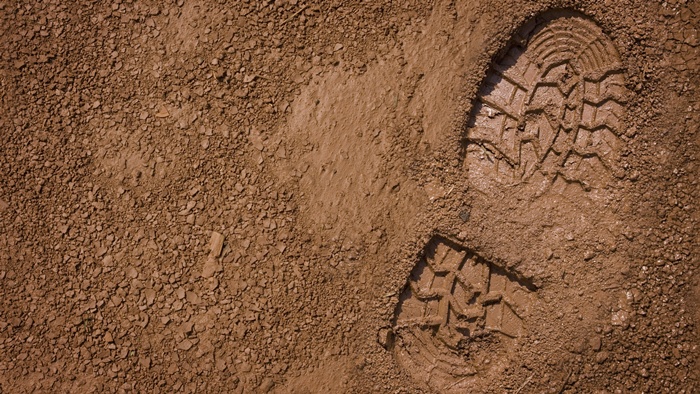 Imagine one day looking at the Food Guide Pyramid and seeing your fruits and veggies, your grains and meat, and right up there with all the other food groups to round out your healthy proper diet is, well, “dirt.”

Eating dirt, soil and clay won’t likely be seen on the shelves of your local supermarket any time soon, but the act of eating earthly substances—or “geophagy”—is not new.

People have been doing it for thousands of years, and in health circles it’s right on trend. But before you enjoy a clay or dirt smoothie for breakfast, you might be asking if there are any real health benefits? It turns out there are, according to new research.

Geophagy is classified as the act of eating soil, clay or other types of earthy substances for benefits to your health.

The first documented case of geophagy happened over 2,000 years ago in ancient Greece and was said to stem from a food shortage. Eating soil became a way for people to sustain themselves. No available food, eat some dirt. That was the theory.

Since then, there have been cases of soil-eating documented on every continent in the world, and it continues. The most common theory as to why has also been made pretty clear by recent study: People lacking in certain nutrients have “cravings” for the mineral contents found within soil, so your body is lacking a mineral, and craves earth, traditionally thought to be rich in minerals.

People draw the association between soil and nutrients, but is that a correct assumption? The short answer is no.

Holes in the Theory

But before you dig into one of the popular mud pies from your childhood, consider this. The mineral content is not high enough to warrant any bizarre cravings you may have heard about.

For example, in 2011, researchers from Cornell University put together a database of more than 480 cultural accounts of geophagy and analyzed the data. The data included as much detail as possible about the circumstances surrounding why the dirt was consumed and by whom.

The researchers then took a detailed account of why the people consumed the dirt and tested the theories surrounding the reasoning people gave for consuming it, to try and deduce potential health benefits. To note, people weren’t tossing handfuls of dirt into their mouths; the dirt was boiled and made suitable for consumption by liquefying it and serving it to the participants.

Across the board there appeared to be a theme of people eating the dirt because of cravings for certain minerals, namely iron, zinc and calcium.

However, after the researchers tested the dirt that was consumed by the participants, they found only trace amounts of iron, zinc and calcium—which really soiled the entire theory why people were craving to consume it at all.

So What On Earth Does Eating Earth Do For You?

The Quarterly Review of Biology has given us the dirty details. If there has been no proven benefit nutritionally from the act of geophagy, why are people still doing it? The answer according to the quarterly report is simple: While it isn’t rich in minerals, there is a benefit. The earth acts as protection for your stomach. “In primates, geophagy was associated with both protection from toxins and obtaining nutrients.”

The theory is that the clay or dirt binds to toxins in your body to flush them out of your system. This happens because of the binding properties of kaolin, which is a mineral found in types of earth (mainly clay), known to help soothe digestive issues by binding to bacteria within the stomach. Also interesting, the synthetic chemical version of kaolin is bismuth subsalicylate, the key ingredient found in the common pink stomach remedy Pepto-Bismol.

So the idea of eating dirt, earth and clay might not be so crazy after all. You might not have geophagy at the front of your mind when you take a slurp of the pink stuff to keep your stomach happy, but whether you like it or not, you are taking part in the ancient practice of eating dirt, albeit in a way a little less close to nature!