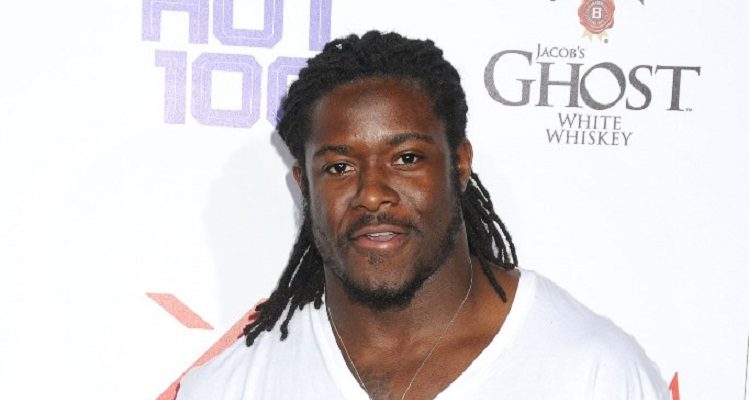 Eddie Lacy’s weight gain has been an issue throughout his three-year NFL career. The Green Bay Packers running back’s weight was first criticized after a photo surfaced of Lacy with his belly showing at training camp in his rookie season.

At the time, the Green Bay coaches and Lacy insisted that his weight was not an issue. And who can argue with them?

However, Eddie Lacy’s 2015 season performance was nothing to write home about. He compiled the lowest totals of his career with 758 rushing yards, 188 receiving yards, and only five touchdowns.

Lacy’s regression in 2015 had Packers head coach Mike McCarthy saying that his 26-year-old running back had a lot of work to do to get into better shape. Eddie Lacy is listed at 234 pounds, but there were rumors that he weighed as high 242 pounds or more.

Jump ahead to the start of the 2016 training camp, and Eddie Lacy’s weight loss transformation is quite noticeable. He showed up to this year’s training camp looking completely different: thinner, more muscular, and possibly in the best shape of his life.

Mike McCarthy is satisfied, and doesn’t want to talk about Lacy’s weight anymore, and believes his running back is ready to go for the season.

Although Lacy comes into camp at an unspecified lighter weight, he doesn’t look fat and overweight. He looks good, and he’s bolting out of blocking drills and attacking defenders. Getting in better shape will simply make Lacy a better football player. He will be able to run faster and longer.

What is Eddie Lacy’s weight loss secret? In the off-season, Lacy trained with P90X creator Tony Horton. Although Lacy’s weight remains a mystery, it’s clear that the running back is in better shape, with bigger arms and improved agility and endurance. Horton thinks that Lacy has lost between 15 to 20 pounds.

Horton says that Lacy’s biggest issue was his diet. It reportedly included lots of alcohol and unhealthy foods. Horton cooked for Lacy, showing him that healthy food can also taste good. Cutting down on alcohol was also big for Lacy.

Excess alcohol consumption can cause a drop in testosterone levels, nutritional deficiencies, and weight gain.

Eddie Lacy has endured a lot of speculation about being fat over the course of his career. Hopefully now that he’s dropped the weight, the conversation can shift toward Lacy having a bounce-back season, and helping the Packers win more games in 2016.

The Packers finished with a 10–6 record in 2015, and lost 26–20 in the divisional playoffs to the Arizona Cardinals. Green Bay last won the Super Bowl championship in 2010.