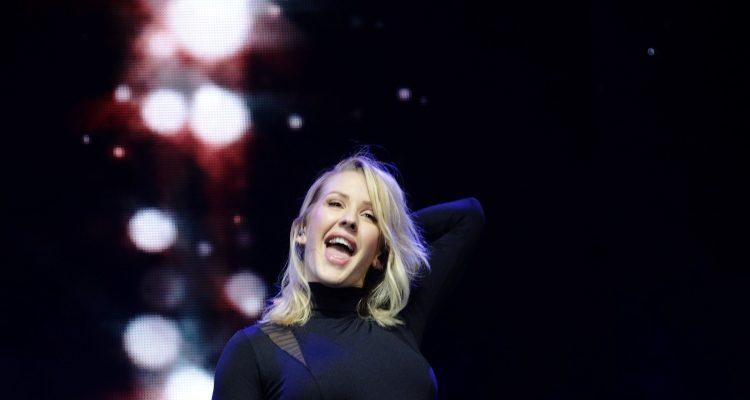 Ellie Goulding’s workout just kicked it up a notch, literally. That is, Goulding posted a video on her Instagram of a gym workout in which the singer and friend Cassandra Gracey alternate side kicks to each other’s hands. Ellie Goulding’s workout plan can be found all over her account and the songstress frequently posts updates on her exercise routines.

When it comes to fitness workouts, Goulding pushes herself hard, and some people have noticed. Last year Goulding became the brand ambassador for Nike. The singer commented on her new role stating, “I feel quite proud to be an ambassador for women who realize that being fit is better than being skinny. I like the fact that I can be that role model. I still think there’s a little bit of work to do with promoting fit, not thin. But it’s getting there.”

When Goulding first hit the musical scene she was a petite, young lady who lacked muscle definition and curves. Since she began her fitness transformation the star now has killer abs, toned arms, and an amazing figure!

Ellie Goulding’s gym workouts are intense, but she also says that she gets her biggest high after performing yoga. She expressed to Self magazine that fitness for her is like water or food; she basically needs it to live. You would think that performing her shows would be enough exercise for the singer, but even when she’s not on stage she’s putting in additional hours to get herself sweating. She notes that it helps not only improve her fitness, but also her mood.

Ellie Goulding’s always gives 100% to her fitness and workouts. If you’re lacking some inspiration in your own exercise routine, you may want to follow her on Instagram for some tips and motivation.