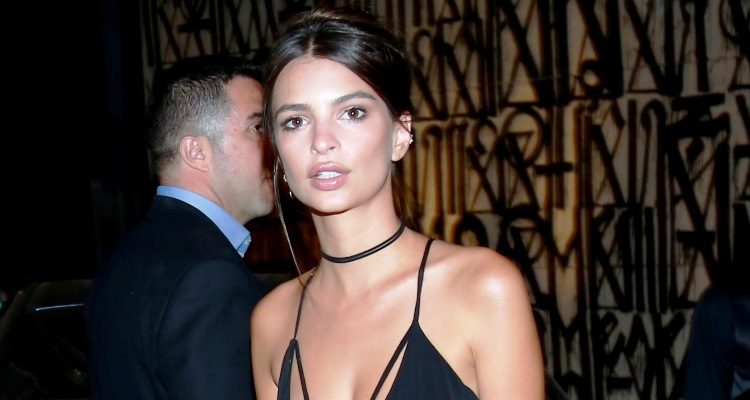 Emily Ratajkowski is a global sex symbol thanks to a meteoric rise following her stint in the video for Robin Thicke’s blockbuster summer 2013 hit, “Blurred Lines.” Emily Ratajkowski’s diet is not the “salad only” kind you might expect of someone with her slight frame.

In fact, the model and actress says you’d be hard pressed to find her eating just salad; the self-professed (and unapologetic) carnivore much prefers meat. . She says she craves iron and keeps her diet balanced.

Emily Ratajkowski’s eating plan is pretty simple, though from the looks of the Gone Girl star’s Instagram account she does like to eat a bagel every now and again. Nice to know since so many celebs these days forego any kind of carbs.

trying to look cool next to my bagel. ?

She likes to drink juice but doesn’t believe in juicing itself, telling Yahoo! last year, that going on a juicing cleanse is “possibly the worst decision.”

The 25-year-old drinks plenty of water. As for meals, she occasionally indulges in a croissant for breakfast and for lunch, typically has a salad with quinoa. When she goes out to dinner with friends, she keeps her food choices healthful. She says you can go out to an Italian restaurant and still eat really healthy by ordering a salad or splitting a dish with someone. Yeah, cause that’s what most of us like to do when we go out to a restaurant. Perhaps that’s her secret to a great body?

You may want to skip ahead because Emily Ratajkowski’s workout routine will make you feel like a poor soul who has to actually work hard to keep your fit body. This beautiful American model doesn’t really have a fitness routine. Gasp!

Though there has been speculation swirling online that perhaps she isn’t being as honest with the media as she could be, based on some Instagram pics of her body looking rather toned. Yoga and hiking, her go-to activities, are excellent forms of exercise, but it is hard to believe that they’re the only ways she gets those firm abs.

But who are we to say, because as Ratajkowski notes, we are all different and the routine she does would affect her girlfriend’s body differently. It’s a valid point. Since there’s no real way to prove otherwise, we’ll have to accept the fact that Emily Ratajkowski’s workout diet doesn’t exist. You won’t find Emily Ratajkowski’s abs workout anywhere either.

And if in fact she does work out like a demon at a home gym (because the paps would have provided us with photographic evidence of her at a public one) perhaps she is trying to counter the current culture by simply saying she doesn’t know how she gets her body. Emily Ratajkowski’s diet and exercise plan is really her business, and maybe that’s her overall message. Female empowerment, indeed.