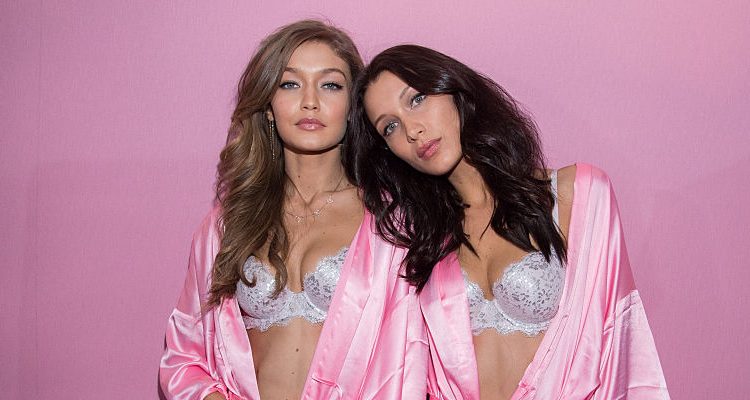 Bella Hadid and her sister, Gigi Hadid, will be kicking off the New Year by sharing two high-profile fashion campaigns for Fendi and Moschino. The Hadid sisters will be the faces of both brands’ Spring 2017 collections and are certainly up to the task. Keep reading to find out how both supermodels stay in top shape to land these coveted gigs.

The younger of the supermodel sisters, Bella Hadid does not follow a strict diet or workout regimen unless she is preparing for a show. In fact, she told WWD last year that she enjoys snacking on comfort foods like pizza, burgers, and grilled cheese sandwiches. However, in the lead up to an important show or photo shoot, she swaps these traditionally unhealthy foods for things like vegetable-based soups and avocados that provide her with essential vitamins and healthy fats. She also tries to sip on a green juice at least once a week even if she isn’t preparing for anything.

For exercise, the 20-year-old prefers cardio-based activities as well as yoga and Pilates. She doesn’t often use a personal trainer; instead, she focuses on getting at least 15 minutes of cardio a day. She does hit the gym every now and then with best friend Cully Smoller, as shown in her Instagram post from last January.

Gigi, 21, is a huge fan of boxing to stay in shape and trains regularly at Gotham Gym with instructor Rob Piela. The model treats it as a sport and is always striving to improve, finding that she gets so into the exercise mentally that her workout is over before she knows it. Hadid had previously played volleyball while in school, so when she moved to New York she was looking for a competitive and high-intensity sport to fill that void, both qualities she found within boxing.

Boxing is an exercise favored by fellow Victoria’s Secret models Cara Delevingne, Sara Sampaio, and Kendall Jenner, and it’s easy to see why. The high-intensity sport provides a full body workout and aids in agility, coordination and balance while incorporating both cardio and strength training. Boxing is also great for burning calories and targeting fat, as it works the same way as high-intensity interval training, meaning there are periods of full effort as well as active rest in every session. It is also perfect for tightening your tummy as correct form requires your hips to rotate with each punch, which works out your core. Combine that with the higher rate of calories being burned off and you may see results faster than if you were just doing crunches.

Both Bella and Gigi Hadid have taken the modeling world by storm, and the sister supermodels are just getting started. Check them out in their latest joint ventures for Moschino and Fendi Spring 2017 as they flaunt the bodies they’ve worked hard to maintain.