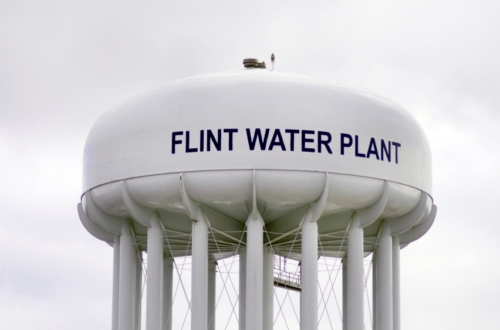 Three arrests were made yesterday and charges have been laid in this first of what are likely to be many criminal cases that have arisen out of the public health crisis over the drinking water in Flint, Michigan.

The town has been dealing with lead-contaminated water for at least two years now, all stemming from a water system change that prosecutors believe was fraught with misconduct, negligence, and tampering of evidence.

The individuals in question are Stephen Busch and Michael Presby, who work in the Michigan Department of Environmental Quality (MDEQ), and Michael Glasgow, Flint’s water quality supervisor. Presby and Busch are charged with misconduct, conspiracy, tampering with test results, and violating the state’s Safe Water Drinking Act. Glasgow is charged with falsifying test results and willful neglect of duty. All of the charges currently relate to actions taken in anticipation of and in the immediate aftermath of Flint’s water system change.

Looking at the charges laid against each man allows for additional understanding on the role they are alleged to have played in the development of Flint’s public health crisis.

Between February and November 2015, Prysby and Busch are accused of misleading EPA and county officials about the quality of Flint’s drinking water. This may be related to the task force finding that Busch told the EPA Flint was using optimized corrosion controls when in fact none were being used.

Prysby has also been charged with authorizing a permit to the Flint Water Treatment Plant despite knowing the plant was not capable of proper full-time operation or effectively treating the city’s drinking water.

The conspiracy charge against Busch and Prysby relates to tampering with water monitoring reports between January and November 2015. Although a series of tests were conducted that showed Flint’s drinking water had unacceptable levels of lead, the two samples with the highest lead findings were subsequently excluded for what may have been arbitrary reasons. This move brought the reported lead levels down below federal standards.
Tampering With Evidence

There is another tampering with evidence charge that is not conspiracy-related. This one is tied to reports called “Lead and Copper Report and Consumer Notice of Lead Result” that were issued on February 27, July 28, and August 20, 2015. These are a public report of water quality findings and may overlap with the above conspiracy charge or be about a separate round of tests. This is the only charge that all three men have in common.

A charge of violating the Michigan Safe Drinking Water Act over not implementing corrosion control treatments when the water system was switched. For a city of Flint’s size, corrosion controls would have been mandatory during the switch. No controls in fact implemented since MDEQ took a “wait-and-see” approach that was (very incorrectly) felt to still be appropriate. Prysby and Busch are both accused of this and the violation described below.

This is another Safe Drinking Water Act charge that is related to manipulation of water samples. The task force report notes that MDEQ used flawed testing methods such as not collecting from the number of high-risk homes that EPA standards required and asking residents to “pre-flush” their lines before samples were taken. These and other “tricks” distorted the results and did not provide an accurate measurement of lead levels or risk.

This is the only charge unique to Glasgow and relates to his duties as a supervisor at the Flint Water Treatment Plant. The charge does not go into specifics—but they may be related to how the report noted that the plant’s authorization for full-time operations went through, despite how staff was under-trained, inexperienced, and otherwise ill-prepared to manage full-time operations and water treatment complexities switching to the Flint river would require.

Prysby, Busch, and Glasgow are the only ones who have been arrested or charged in connection to the Flint water crisis at this time, but this is most likely going to change in the future. The criminal probe has been going on since January and the attorney general has assured the public that this is just the beginning.