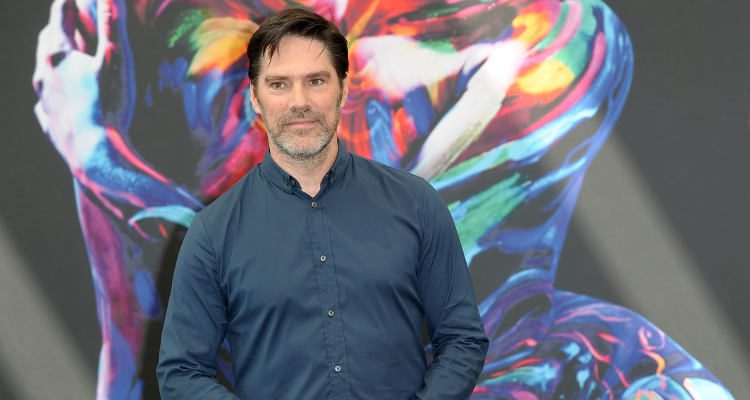 Although American actor and director Thomas Gibson was fired from Criminal Minds, he’s still taking to his Instagram account to show off his healthy eating and cooking skills.

The ex-star of the CBS series revealed his pizza-making skills in one post but in another, he showed off some delicious cinnamon buns – at least it looks like Gibson is keeping his diet balanced.

If Klimt had made cinnamon rolls

Earlier this year Gibson was fired from Criminal Minds, in which he played the captain of an elite team of FBI profilers. There is still speculation about the truth behind his firing as explanations have ranged from the show changing directions to allegations of abuse on set.

Unfortunately, in Hollywood, you won’t ever get the real story, so you basically have to just take it as it is. Nonetheless, fans were devastated to hear the news of his dismissal, so we’ll have to see if ratings stay as they were.

It’s hard to know for sure what diet or fitness plan Gibson follows, but from his Instagram postings, you see a wide variety of foods choices from hot dogs to ice cream and even fancy cake.

As for his fitness routine, he posted an image which he captioned, “Torture Chamber.” The equipment in the room looks as if it is used for Pilates.

Pilates is a form of exercise that uses apparatuses designed to improve physical strength, flexibility, and posture, along with boosting mental awareness.

Prior to his firing, the majority of Gibson’s posts were with the cast and crew of the crime series, but you can now see a steady shift to more family pictures and greater insight into his personal life.

And we now know more about the actor’s time off, which includes hikes, time with his dogs and son, and much more pictures of delicious food.

Hopefully, Thomas Gibson can land himself a new act as his fans are dying to see him back on TV on a regular basis.

In a previous article on Gibson put out by Men’s Health the article revealed that Gibson was quite different from his on-screen persona. Although the character of “Hotch” was quite serious, Gibson in real life loves to laugh, even at himself. Gibson revealed, “Hotch’s fatal flaw is that he takes his job a little too seriously, and that can lead to an early grave. I work hard, but I leave it at the office. You have to.”

As a kid, Gibson was always involved in sports (i.e. competitive swimming). He was first introduced to golf by his grandfather but gave it up for tennis when he realized that girls don’t watch golf. It wasn’t until he moved out to L.A. that he started playing golf again

With aging Gibson has encountered some problems in the area of remaining fit. He suffered disc issues years back which his doctor instructed him to focus on his core – that may have ignited his love for Pilates. Gibson has been told by friends that after the age of 40, staying fit becomes more challenging—so the actor regularly practices Pilates.