Home > Christmas 2016 > Funny Christmas Memes: Some of the Best Memes of the Season Featuring Food 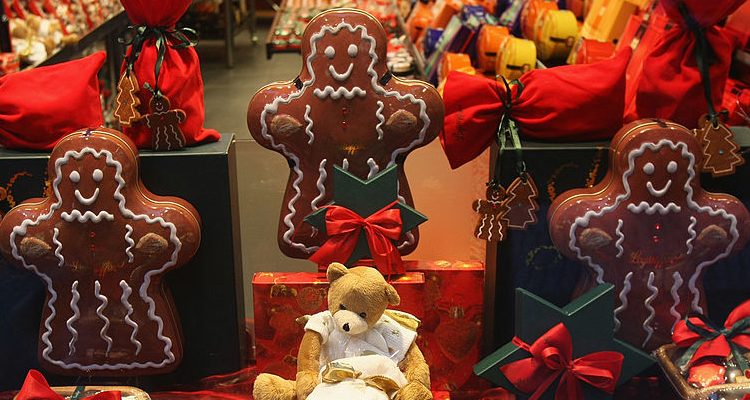 Christmas 2016 is fast approaching, and with that, we’ve been bombarded by tons of hilarious Christmas Memes.

Take a break and treat yourself to some laughs, just be sure to do so after lunch, as most of these memes center on the Christmas foods that make mouths water. 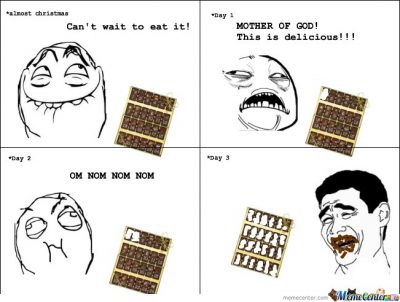 It happens every year. You get your advent calendar in time for the beginning of December, and when the first day of the month rolls around, there’s nothing more satisfying than opening that tiny door to reveal the treat inside.

It’s so good, you repeat the process the next day, and the next—though by day three, willpower starts to run low and you maybe open an extra door or two. Surely, you won’t miss them. Soon it’s a game of catch up, you don’t want to go a day without chocolate right?

Before you know it, all of the doors are open, the candies eaten, and there’s still a week and a half until Christmas Day. The humanity!

It isn’t Christmas without at least one DIY attempt gone awry, and I blame Pinterest. All those amazing looking crafts and recipes that promise simple steps and perfect results for your annual Christmas Eve bash just never seem to work out. 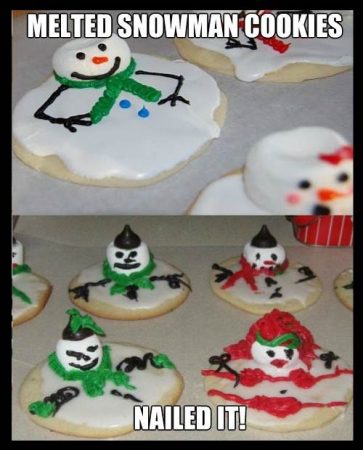 Your melted snowmen cookies end up a little too melted, their faces having dripped down their cookie cheeks leaving them looking like the stuff of nightmares. Strawberry Santas? More like a pile of mushy fruit and seeds with runny whipped cream everywhere. Don’t even get me started on gingerbread houses. (I mean really, who decided that icing was a good substitute for glue?!)

There’s definitely nothing better than walking into your grandmother’s house on Christmas Day and smelling the turkey just roasting away in the oven. 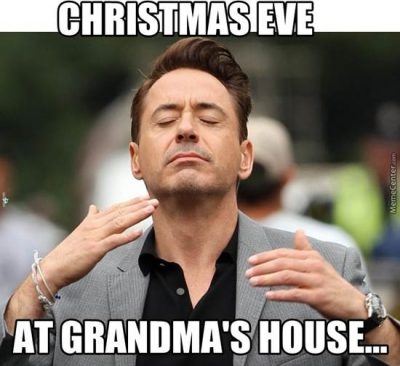 Even Robert Downey Jr. isn’t immune to the divine aroma created by masterful hands that have been working hard and cooking all day, just for you. Is this what it feels like to be royalty?

Ah yes, that feeling when you’ve gorged yourself so full of turkey that you can literally feel yourself gaining weight.

Weird Al nails it, ballooning out with a look of panic that sets in once that pleasantly full feeling turns into painfully stretched. But wait, here comes dessert. Better unbuckle the belt, it’s round 2.

Oh man, dessert was a bad idea. Never mind the tryptophan in the turkey trying to pull you into a deep sleep; now your sugar high is dwindling and the impending crash is sure to take you out of commission. 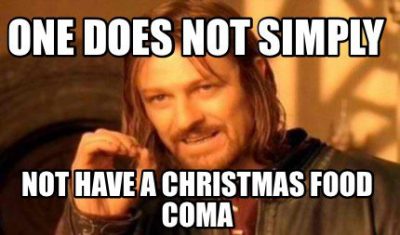 Keeping your eyelids open has become a monumental task and all you can think about is finding a soft, flat surface to sleep off this uncomfortable feeling. Wait, is that? Better