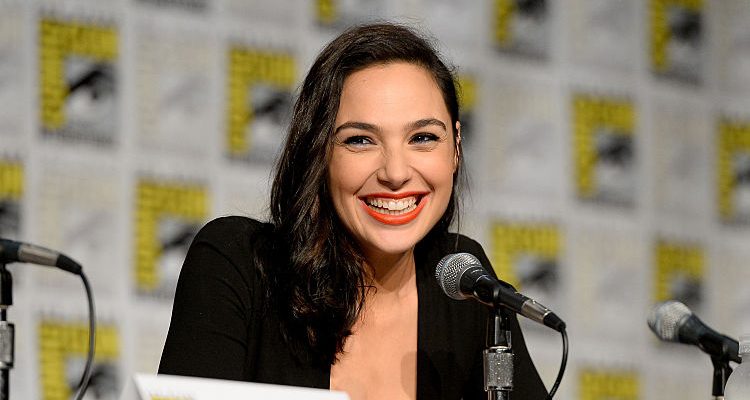 The United Nations recently named the comic book superhero, Wonder Woman, as an honorary ambassador to fight gender equality on Friday, October 21. Wonder Woman actresses attended the UN honoring ceremony. Lynda Carter, now 65, played Wonder Woman in a TV series during the 1970s, while Gal Gadot is the current Wonder Woman featured in the DC extended universe. The 31-year-old Gadot will appear in the upcoming 2017 Wonder Woman movie, and also played the role in Batman v Superman: Dawn of Justice. Needless to say, both woman required an intense training regime to be fit to portray the ultra strong Amazonian princess.

Lynda Carter says the role of Wonder Woman shows women can be beautiful, smart, strong, wise, kind, and brave. Wonder Woman would first fight villains in the comic book in 1942. That being said, the selection of Wonder Woman was highly criticized. Nearly a thousand people signed an online petition that asked UN Secretary-General, Ban Ki-moon, to reconsider the choice of Wonder Woman.

The petition says that although Wonder Woman intends to represent a strong and independent warrior woman with a feminist message, the character is a large-breasted, white woman in a body suit. However, Gal Gadot wants to represent strong women, and always has really.

Many criticized Gadot as Diana Prince, aka Wonder Woman, when she was first cast for the role by director Zack Snyder. The former model was thought to be too skinny and not athletic enough to be Wonder Woman. As a result, the five-foot-ten-inch Gadot gained 50 pounds of muscle mass to fill out her thin frame. She now has the muscles, strength, and curves to play Wonder Woman. The former Miss Israel was also enlisted and trained as a soldier in the Israeli Defense Forces between the ages of 18 to 20.

Needless to say, Gal Gadot has the moxie and strength to play Wonder Woman. If anything, she is an ambassador for strong and independent women—especially those that can achieve their goals.

What Is Gal Gadot’s Diet for Wonder Woman

Gal Gadot also consumed a very healthy diet to portray Wonder Woman. For the most part, she consumed a vegan diet that focuses on green vegetables, fruit, lean protein, and lots of water. Gadot loves food and will eat whatever gives her the best possible body. However, from time to time she will consume treats such as burgers, chocolate, and ice cream.