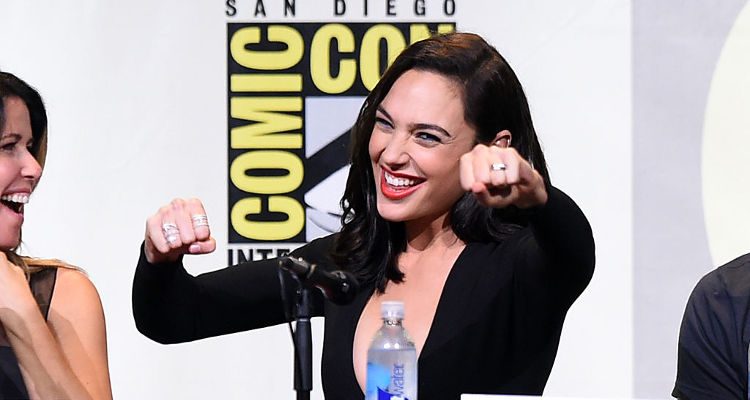 Actress Gal Gadot has an incredibly fit body and toned legs, and she showed them off on Instagram this past week in a shot of her relaxing on a Saturday.

The Wonder Woman actress first hit movie screens as Gisele in the Fast and the Furious, but it’s her role in Batman v Superman: Dawn of Justice that really increased her popularity. You can currently catch her in theaters in Keeping Up with the Joneses, which also stars Jon Hamm and Isla Fisher.

Gadot has always been an active person, with fitness being a huge part of her day to day life, but she has said that her workouts have recently ramped up now that she has committed to her role as Wonder Woman.

She will also star in Justice League, which is set to come out in late 2017. Though Gadot’s workout regime for Wonder Woman is basically top secret, she was able to share that they do a ton of martial arts.

Gal Gadot’s workout routine is rigorous and she is disciplined, which is all thanks in part to her military experience when she lived in Israel. She was also a gym trainer at one of the bases.

Miss Israel 2004 has said that her desire to stay fit comes from her childhood experiences where she was constantly busy playing ball outside in the yard, or tennis, basketball, volleyball, and dodgeball. She also danced for 12 years. The former model is constantly moving and doing something active.

She says that if she’s staying in a cold country or if there is no gym around, she will exercise in her room with whatever is around, even if that is just her own body weight. If she is by the ocean, she will swim or paddleboard.

Gadot’s workout routine for Wonder Woman starts with a cardio warmup, and then she does six to eight weight training and metabolic exercises. When she’s short on time, Gadot says she does a circuit, full body workout that is quick. It includes these exercise: Squats, Deadlifts, Med Ball Throws, Pull-ups & Cardio intervals.

Getting a sprinter’s body was her biggest goal for the Wonder Woman role, but she also did a lot of barbell exercises that helped her get an overall toned look. She worked out an hour every day in the gym to get the look she wanted. Proper sleep and nutrition were two other key parts of her routine and ensured she was in the best shape possible.

Gadot says she is a foodie and she loves to eat. Giving her body the best fuel possible is important to her, but she admits that this doesn’t mean she can’t have “bad things” like burgers and ice cream once in a while. Her diet philosophy is to just enjoy your food and “don’t eat while you drive and don’t eat when you talk on the phone.”