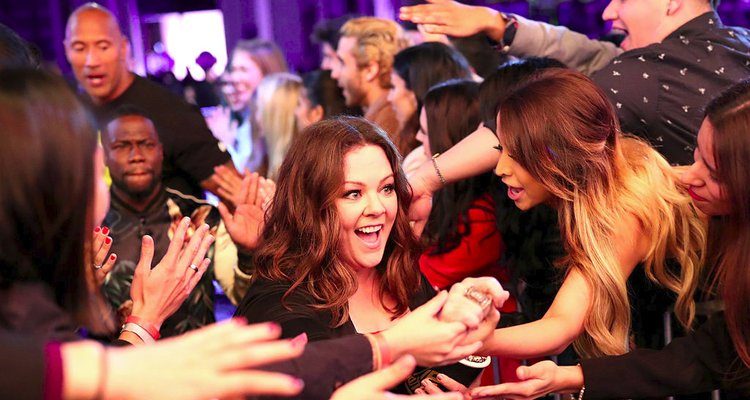 Gilmore Girls is coming soon to a television (or other streaming device) near you and fans can’t wait any longer. The show ended abruptly without wrapping up many plot lines and love interest segments, so it will be thrilling to finally see where everyone in Stars Hollow has landed years later. Melissa McCarthy, Lauren Graham, and Alexis Bledel are all back in the Netflix reboot and all are looking phenomenal. It’s like they haven’t aged a day.

Melissa McCarthy had gained weight since leaving the show, but over the last year, the funny actress has managed to drop almost 100 pounds. She’s also gone on to create her own line of clothes for women. Read on to find out what secrets she and the other actresses have for weight loss and keeping in shape.

Melissa McCarthy rose to fame as a plus-sized actress and comedian. Forbes named her the second highest-paid actress in the world for 2016 by earning $33 million this year.

She previously starred as Sookie St. James in the Gilmore Girls and Molly Flynn in the Emmy Award-winning Mike & Molly sitcom. The Ghostbusters star once weighed over 236 pounds.

However, the 46-year-old has been on a miraculous weight loss journey, and since 2013, she has made very positive health changes. As a result, she’s dropped from a size 28 to 14 and has lost over 75 pounds in total weight. McCarthy showed up at the Ghostbusters ‘reboot’ world premiere in Los Angeles this year looking better than ever in a gorgeous yellow dress.

What is Melissa McCarthy’s weight loss secret? McCarthy jokes that the secret is a super-boring life where you go to bed at 7:30 p.m. That being said, going to sleep early decreases the likelihood you will head to the kitchen for a midnight snack. Sleep quality and quantity both contribute to weight loss in overweight or obese adult women, according to a study published in the journal Obesity in 2012.

The pre-made meals help her stay healthy and have taught her how to consume the right foods. The pre-made meals are not high in calories, they are portion controlled, and also save time. It is a good investment, says Graham.

“One thing I’ve learned is I actually don’t like variety,” she told Self. “I like having the same thing over and over: lean proteins, arugula salad, quinoa or brown rice with soy sauce, olive oil, lemon, and salt. Those ingredients can pretty much get me through the week.”

When she prepared for her 2011 cover shoot for Self magazine, she knew that getting the best results would take eating healthily in combination with her workout routine in the gym.

The 49-year-old worked alongside her personal trainer, Michelle Lovitt, who helped her achieve a toned body in time for the cover shoot. Graham had just five weeks to get in shape! The aforementioned meal delivery service, called Paleta, really helped her with discipline when it came to her eating and increased the overall efficiency of her fitness plan.

Alexis Bledel has beauty secrets you’ll want to know, too. Although she is still young, the actress has been getting facials since she was a teen and actually got much of her inspiration for healthy living from her co-star Graham. She shares in an interview with People that Graham always demonstrated healthy living.

She doesn’t sleep in makeup, gets strong skincare facials and uses (this is a biggie) sunscreen. She also ensures she moisturizes her skin – her particular moisturizer happens to be coconut oil, which she keeps in the shower (she tries to keep it natural when she can). Bledel shares that she tries to follow these beauty guidelines when she can, too.

It’s not confirmed, but it may not be a stretch to assume that both actresses partake in yoga, cardio or Pilates to stay in shape. So, is it any surprise both Gilmore Girls are so stunning? Didn’t think so.

Bledel is said to be a fan of Piloxing—a combination of Pilates and boxing. Piloxing is fun and burns up to 900 calories per hour-long class. It not only burns fat, but tones muscles and gives you a sculpted body.

Bledel tries to prepare healthy foods with natural and healthy ingredients. Being a fan of healthy, organic, and local foods, Bledel prepares her own meals rather than dining out, as outside foods are nutrient-deficient. She does go out for drinks and indulges in pizza often.

All three stars follow healthy diets that include few carbs, lots of fresh fruit and vegetables, and lean proteins to stay lean and fit and looking their very best. Whether you need variety in food choices or stick to the same staples, such as Graham, eating right for your body is key to staying not only healthy but in shape over the long term.

Meal delivery service programs are available to those who aren’t celebrities and are a good option if time is a factor but eating healthy is still a goal and priority.