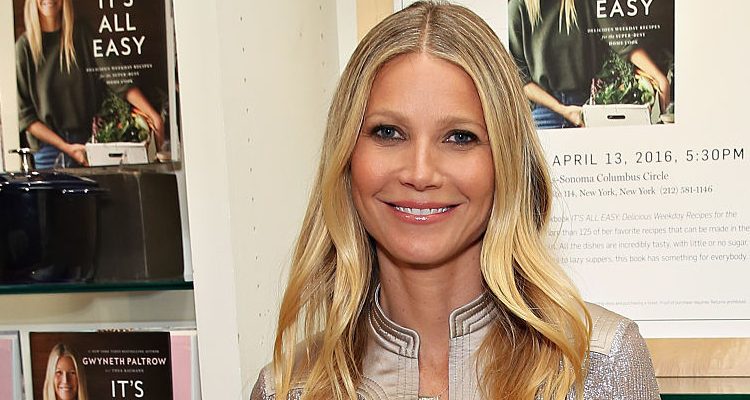 Actress Gwyneth Paltrow, who was married to Coldplay front man Chris Martin, has made headlines over the years not so much for her acting and roles but for her life outside of movies. From “uncoupling” with Martin to her Goop brand and eating water with chick peas in it and calling it soup, the mom of two has some peculiarities to her, to be sure. Fitness and eating right are two top priorities for her, along with being the best mom she can to her two kids.

She’s a foodie in her own right and even has a cookbook out called It’s All Good, which came out in 2013.

Paltrow’s life might be taking a turn towards reconciliation with ex-husband Chris Martin, from whom she “unconsciously uncoupled” in 2014, though she says that is a term she nor Martin had anything to do with but was the media’s take on it. But rumor has it that the two might be on again and are possibly rekindling their love. Can a reunion be in sight for these two? The couple was together for a decade, so it would nice to see them get back together.

The key to staying in shape for this A-list celebrity is a having a consistent flow of exercises, a regime that she sticks to no matter what, along with regular detoxes that happen every year. But don’t let this fool you—she makes sure to have the occasional weekend treat, and for her that is cigarettes and wine, which she says keep her vibrant.

In a post written for The Telgraph, she shared her secrets for workouts and diet. She works out regularly and is a huge fan of the Tracy Anderson method of exercises that many stars follow, including Madonna and Shakira. Of her experience with Anderson, she says that working with her has completely changed her body. “Still, when I first started working with Tracy, finding motivation was hard. She advised me to think of exercise as an automatic routine, no different from brushing your teeth, to avoid getting distracted. Now it is part of my life,” Paltrow explained. The Tracy Anderson Method is based on dance and gives a great cardio workout.

Routine and a strict exercise regimen are crucial to her. Paltrow works out Monday to Friday at 10:00 a.m. without fail. Paltrow says in her post in The Telegraph, “I’d also recommend concentrating on moving more—we sit for so much of the day. Choose to walk or take the stairs, or briskly climb a hill in the evenings. It creates good muscle tone.” Taking the stairs and walking regularly shouldn’t de discounted as viable forms of exercise. Every bit counts.

Paltrow loves her detoxes and does them once a year but warns against the very popular juice detox systems. She believes that a detox is a great place to start before beginning a diet. “My doctor, Alejandro Junger, recommends a detox once a year to rid organs of processed food and environmental toxins. His theory is that the gut (your system of digestive organs) is the root of good health.”

In her twenties, she did the Master Cleanse juice detox and says it left her hallucinating for 10 days after. She is right to warn people about juice detoxes because they can crash the metabolism and mess up the responders, which can lead to weight gain down the road.

Her food philosophy is simple: nothing should be ruled out, and she absolutely avoids processed foods. She eats clean, organic foods that have been minimally processed, and she even makes her own salad dressings on Sundays to have them on hand for the week. Paltrow loves cooking and calls chef Mario Batali a close friend. Sweet potatoes, shallots, and various lettuces are always in her larder, and she keeps garden-cut herbs in the fridge.