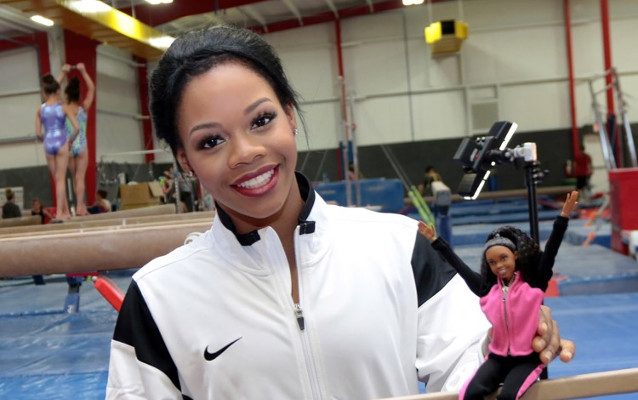 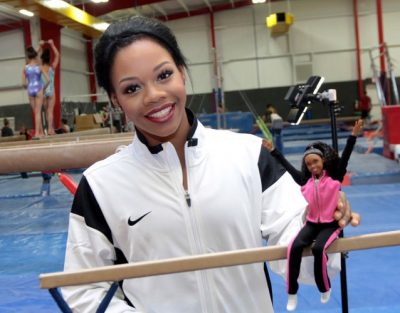 If you watched the 2012 Olympic Games in London, you’ll surely remember two-time Olympic gold medalist gymnast Gabby Douglas. She inspired the nation with her story—almost quitting gymnastics just before the games—and was the centerpiece of the American gymnastic team. She’ll look to add to her collection as her gold-medal quest is set to kick off again at the Rio Olympics 2016. 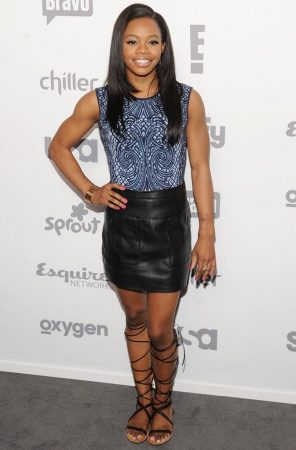 It’s no secret that to be an Olympic athlete, you have to keep a clean diet regimen and training routine. If I were to write about Gabby Douglas’s rigorous training routine and her Olympics diet you’d have a hard time following along and may end up hating me for sharing, so instead I’m going to offer a workout Gabby does at home. This will much more accessible, and can lay the foundation for weight loss and a new hobby as an artistic gymnast!

… just because it’s so cool: 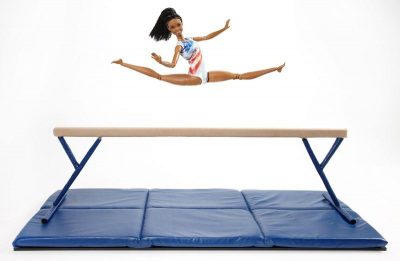 One of the most important body parts for a gymnast to develop are the legs. These athletes are known for their ability to jump high, far, and quickly while performing acrobatic tricks in the air.

One of Gabby’s favorite leg exercises to generate power, quickness, and strength is the squat. You can use your body weight to perform this exercise.

Start by placing your hands on your head before bending into a deep squat. Make sure your feet are firmly planted flat on the ground throughout the motion, and then drive them into the ground to pull you back into the starting position. For a little extra movement, Gabby suggests adding a hop when you come out of the squat, which adds some extra power. She recommends three sets of 10 to 20 reps.

It should go without saying that Olympic-level athletes maintain a high fitness level and quality diet all the time, but they really rev it up when they get ready for competition. Gabby’s regular diet typically includes a breakfast of eggs, oatmeal and a tea, while lunch is a protein-heavy grilled chicken salad with kale, spinach, egg, avocado and honey-mustard dressing. Dinner is typically a healthy protein such as chicken, steak, or fish with a side salad, sweet potatoes, or rice.

Douglas does give herself one day per week when she’ll have some sweets such as cookies or chocolate-dipped nuts, but on most days it’s no sugar or junk.

On the night before a big competition—and you can bet this will be her go-to before she steps on the mat at the Rio Olympics—is always salmon, asparagus, and mashed potatoes. It gives her the energy boost she needs to go out and compete for gold!

Of course if you can’t celebrate your gold medals with food, what’s the point in winning them? Post-competition, Gabby Douglas goes out for pizza and cake with her family—Olympic athletes are human, after all!

Sources:
Beggs, A., “Gabby Douglas Can’t Wait to Have Pizza after the Olympics Are Over,” Bon Appetit website, August 1, 2016; http://www.bonappetit.com/entertaining-style/trends-news/article/gabby-douglas-olympic-diet, last accessed August 4, 2016.
“Olympic Gymnast Gabby Douglas: The Easy Workout She Does at Home that You Can Too,” Hollywood Life website, August 4, 2016; http://hollywoodlife.com/2016/08/04/gabby-douglas-fitness-tips-diet-olympic-gymnast-2016/, last accessed August 4, 2016.