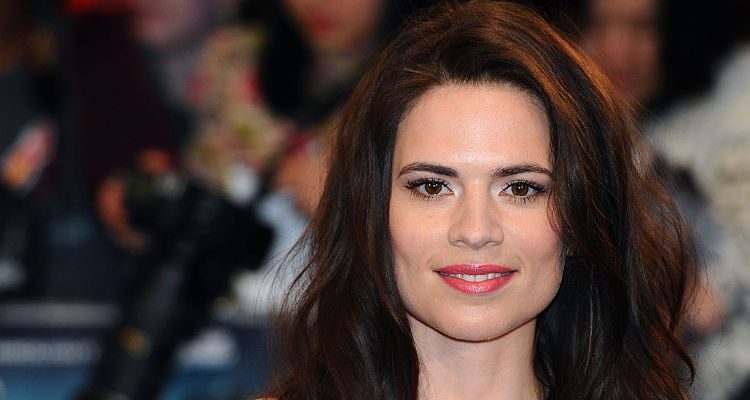 Even though actress Hayley Atwell may no longer be on the now canceled Agent Carter, the Conviction actress, who plays a lawyer and former first daughter with a mother running for the Senate, is pretty sure that the secret agent will have a chance to reemerge.

She feels there are other stories to tell regarding the character; all she has to do is convince the right people in Hollywood. Diet and workout are a big part of prepping for these roles for Atwell, as she needs to look the part.

Captain America: The First Avenger was this actress’s first real challenge when it came to intense workouts and really getting in physical shape for a character. Atwell followed an intense training routine that was developed and guided by a personal trainer. The level of workout was hardcore as she actually started doing military circuits with her trainer, and she he really put her through the courses with that.

For that role, she also did a number of different detox diets and cardio exercises. Tons of lunges and squats were part of the routine as well. During that particular training period, she says she was without a doubt in the best physical shape of her life.

When not preparing for a role, her workout routine is less taxing, but that doesn’t mean that she doesn’t bother with exercise or eating right. In her industry, appearance is everything, so staying in shape is important. Some of the exercises she does regularly are deadlifts, working on her abdominal muscles to get a shapely and toned midriff, running, and swimming. Her favorite sport to play is rugby. She’s one tough woman!

One of the exercises Atwell does is the isolated cross-over. Lie on your back on a mat if you like. Begin by lifting your left leg in the air, and bend your knee to a 90 degree angle. Place your hands by your head on either side and draw in your abdominals. Breathe out and then twist from your waist. While you do this, lift your body towards the left leg that is raised in the air. Breathe in and lower yourself back down. Repeat as many times as you are able.

Atwell likes to keep to a clean diet. She eats a lot of beans, kelp, quinoa, cauliflower, yogurt, and cottage cheese. But she does eat junk food on occasion, and has a good mindset about all of it. Even foods like hot dogs are on her okay-to-eat list, and obsessively counting calories is not part of her daily habit.

Though she doesn’t mind being a bit heavier, she does admit to having felt better and more comfortable in her skin when she lost the weight while training for her role in Captain America: The First Avenger.