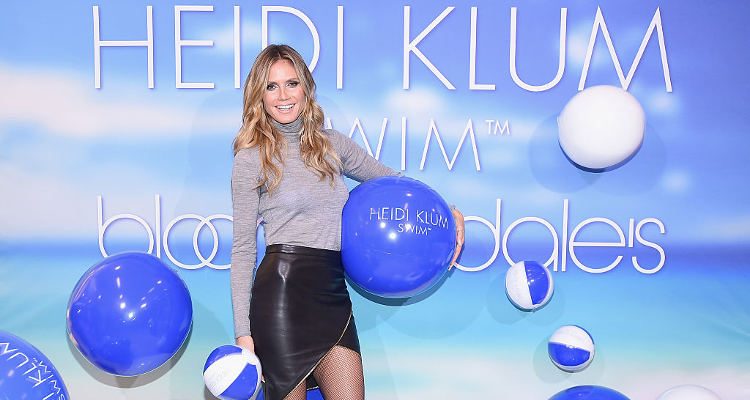 In an interview with Ocean Drive, Klum explained, “I grew up going to nude beaches with my parents, so I’m a nudist. I have no problems with nudity at all. I’m very free. When I go to the beach, it’s in a very remote place where there are not a lot of people, and I like to go topless.”

Being a model can be very cut-throat, and people are often trying to tell them who to be—but not Klum. She admitted to the magazine that she always stuck to her guns, which has clearly paid off with how successful she is. She continued, “I was told that I’m too curvy. Too feminine… that I should be skinnier.

And that I’m not edgy enough and a little too happy half of the time. Everyone was always telling me maybe I should skip a meal or I should go on these (diet) pills. I just always stuck to my guns and thought either they want me the way I am or this is not the right job for me.”

So how exactly does the 43-year-old model continue to look her best? Well, for starters, it’s all about a healthy diet. Klum follows a low-carb diet that consists of lean protein and plenty of vegetables. Klum enjoys a smoothie or green juice in the morning, and keeps her carb intake down to a minimum. Forget about offering Klum a bagel; she believes they are “basically a cardboard box.”

To keep herself in shape, Klum works closely with trainer David Kirsch, who puts her through circuit training. But that’s not all, Klum tries to sweat every day, whether it be from heading out for a run, or performing exercises in her hotel room.

The circuits that Kirsch puts Klum through are a combination of cardio, ab exercises, and strength training to ensure Klum’s entire body is toned and fit.

If you think Klum is anxious about aging, think again. Klum has said, “I don’t think of getting older as looking better or worse; it’s just different. You change, and that’s OK. Life is about change. I don’t have anxiety about [aging], so I’m not running to get Botox. Maybe that will change, but I don’t think so.

I feel comfortable in my skin and comfortable with aging, so I think it’s OK that I get wrinkles.” As you can tell, Klum is a highly confident woman, which makes her a great role model for other women, especially when it comes to promoting body positivity.

Heidi Klum has had a very lengthy and successful career, and she isn’t slowing down just yet. While still modeling, Klum has created an empire for herself with no end in sight. Someone with such a busy life may not have the time to care for themselves, but Klum makes a conscious effort to live as healthy as possible.