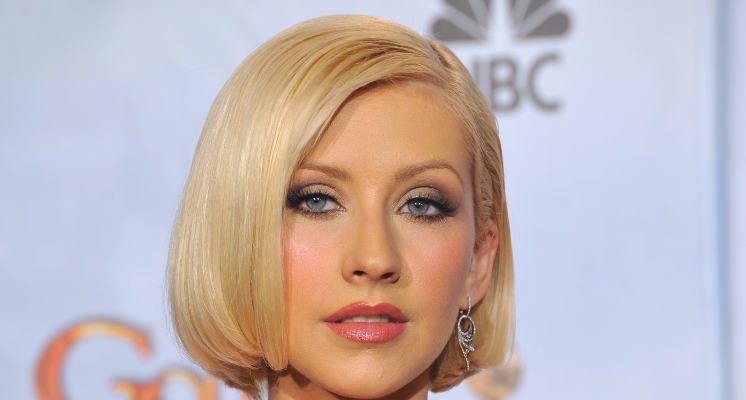 Christina Aguilera is always eager to grab the spotlight.

Even when the 32-year-old superstar singer and songwriter is not performing in front of thousands of fans in live theatres, she continues to prove her vocals as a coach on the American version of The Voice. She has been a coach for four of the five seasons on the competitive singing T.V. franchise since its U.S. inception in 2011.

Christina Aguilera recently stole the spotlight from the T.V. competitors, by belting her vocals on air for two straight nights in November, including a duet with A Great Big World, on the song “Say Something.”

How does she get her strength and agility on stage, and be in great shape for TheVoice crowd and audiences at home? It has a lot to do with her celebrity diet.

Like most celebrities, Christina Aguilera has been criticized for her curvy figure, which is exactly how she looked in November 2012 at the American Music Awards in Los Angeles, California. But does this celebrity mind the stigma? “Actually, the challenge I’ve always had is being too thin, so I love that now I have a booty, and obviously I love showing my cleavage,” she told Lucky magazine.

Christina Aguilera has definitely flip-flopped between looking completely slender at one event, and then very curvy just a couple of months later. In fact, she allegedly gained 40 pounds after her divorce from music marketing executive Jordan Bratman in 2010.

She eventually gave in to the criticism, and fast-forward to June 2013, and she lost 20 pounds. But how did she really drop the weight? Was a celebrity diet to blame?

In June, multiple sources claimed that she dropped her weight with a popular celebrity diet called The Fresh Diet, which is a gourmet home delivery meal plan created by a Le Cordon Bleu-trained chef. On this diet, you sign up to receive fresh meals delivered to your house daily or twice weekly. The always-fresh meals contain 40% carbohydrates, 30% proteins, and 30% fats.

But while The Fresh Diet sounds easy and simply, it’s criticized for being extremely expensive—it costs between $1,084.69-$1,394.69 per month—and it doesn’t guarantee balanced vitamins, minerals, proper nutrition, or quality.

Other publications have discredited that she ever used The Fresh Diet.

Then what is Christina Aguilera’s weight loss celebrity diet? Her weight loss method seems to be exercising with yoga, and interestedly still buying her food online, just apparently not always as part of The Fresh Diet.

There’s no big secret to Christina Aguilera’s celebrity diet: it naturally combines exercise with structured meal plans, whether they’re Fresh or not. And it’s this combination of exercise and celebrity diet that give her the strength she needs to sound and look great on The Voice every week.