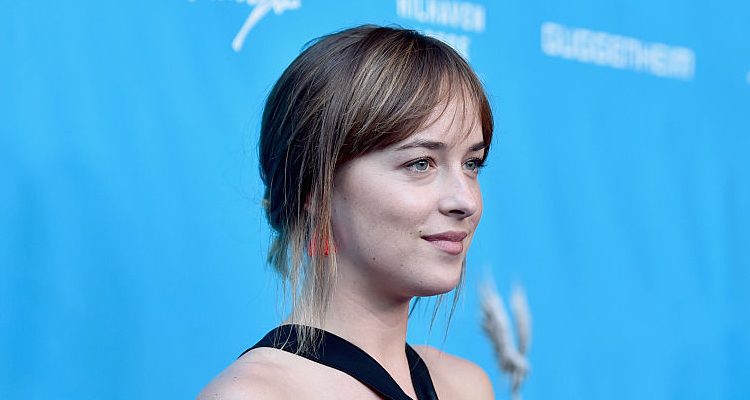 Dakota Johnson has been filming the upcoming follow-up to Fifty Shades of Grey, Fifty Shades Darker, with co-star, Jamie Dornan. The movie is set to release in February.

A movie like this requires Johnson to strut around with hardly anything on, so her body needs to be in especially good form. The actress, who is the daughter of Don Johnson and Melanie Griffith, admits to having not worked out before shooting the Grey series.

But now she sees how people get hooked on exercise and maintaining it regularly. It only took getting a starring role in a movie to change her attitude; but however she got there, it is great that she has. In an interview with Pop Sugar, Dakota Johnson said, “Obviously, I want to look good naked … I totally understand now why people exercise, because it kind of … feels awesome.”

Does having famous parents and, therefore, the inside scoop on the movie industry because you grew up in it make filming sex scenes any easier? According to The Stir, Johnson feels uncomfortable filming sex scenes, especially when there is an entire crew watching. We see only two people on screen, but behind the scenes are dozens of people and hot lights to get that shot—hardly anything sexy and intimate.

The How to Be Single actress filmed a lot of sex scenes with Jamie Dornan and apparently got tired of it. She said, “I’m doing one [of the sex scenes] today. It’s not… comfortable. It’s pretty tedious. We’re not having actual sex. But I’ve been simulating sex for seven hours straight right now, and I’m over it.”

One thing Johnson loves is to juice and drink fresh pressed juices, though she isn’t on a juice diet that is known. When she was shooting in Vancouver, the actress got hooked on cold-pressed raw juices not for a juice cleanse, but because they taste delicious, are healthy, and typically use organic foods. This is just one part of living a healthy life; exercise is another major element.

Dakota Johnson is yet another actress who loves Pilates, and it is no surprise since the results of continuing this style of exercise are remarkable. Pilates aims to develop a strong core and, by extension, leans out the body and builds muscle. Mari Winsor, a celebrity and long-time Pilates instructor, spoke to E! News about how Johnson worked hard on her fitness before filming the first movie in the series, Fifty Shades of Grey.

Winsor said, “Dakota has been coming into the studio since the middle of January almost every day…Pilates is changing her body, relieving her stress. It’s a private place for her to come and do the work.” Johnson would go to Winsor’s studio for one hour, five days a week and did the intermediate to advanced workout. Winsor continued, “She does everything—the mat and reformer machine. She is very coordinated and very graceful.”

Dakota Johnson burns between 400 and 500 calories in a one-hour Pilates session. Winsor said that those who are consistent will see a difference in their shape, and quickly at that, unless there is weight to lose. In that case, cardio classes need to be added into the mix as well.