Home > Health Conditions > How You Can Stop Diabetes in its Tracks 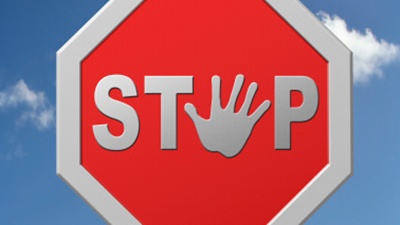 Type 2 diabetes is a global pandemic that rapidly is affecting a younger and more vulnerable demographic. It goes hand-in-hand with obesity, and because more of the population is overweight, the disease has become more prominent.

One of the most pertinent challenges in recent years has been to find ways to prevent the progression of type 2 diabetes in people who have been diagnosed with pre-diabetes, where blood sugar levels are higher than normal because the body is developing insulin resistance. Currently, medications and lifestyle intervention remain the mainstay strategies.

New research from China indicates that the progression of type 2 diabetes can be prevented, and the development of cardiovascular disease and premature aging may be curtailed.

According to the study author, Dr. Guangwei Li, “Type 2 diabetes can be prevented [and] group-based lifestyle interventions over a six-year period have long-term effects on prevention of diabetes beyond the period of active intervention.”

In this study, 577 adult subjects who had pre-diabetes were randomly placed into either a control group which received standard medical treatment or to a treatment group that received a special diet, diet and exercise or exercise alone. The subjects were tracked over a six-year period.

The results of this study, after 23 years of follow-up, indicated that those in the control group lost two pounds, and those who received the active intervention lost five pounds. Of the participants who were placed into the control group, 90% of them progressed to type 2 diabetes. However, the subjects who received lifestyle interventions did not suffer the same fate.

Only 73% of those subjects progressed to type 2 diabetes. In addition, those receiving the lifestyle interventions were much less likely to die of cardiovascular disease.

The findings outline the importance of lifestyle changes. Diet and physical activity can reduce the progression of type 2 diabetes and prevent cardiovascular mortality in high-risk populations who have impaired glucose tolerance—pre-diabetes—compared with standard medical care.

Considering the fact that the number of people at risk of type 2 diabetes is continuing to grow exponentially around the globe, perhaps we should seriously consider the impact these recommendations could potentially have upon the health and well-being of our communities?

As Dr. Guangwei Li pointed out, “These results emphasize the long-term benefits of the intervention and reinforce the overall value and importance of lifestyle interventions as public health strategies to prevent diabetes.”

These comments are the recommendations that I love to read about! However, it’s a shame that these research recommendations do not become public policy for health promotion.

Keep in mind, making lifestyle changes in terms of diet and exercise certainly isn’t new. There has been previous research completed that has shown very similar results to this study. My concern is the oftentimes up to 20-year lag time between research findings being made available and seeing actual changes to public health policy go into effect.