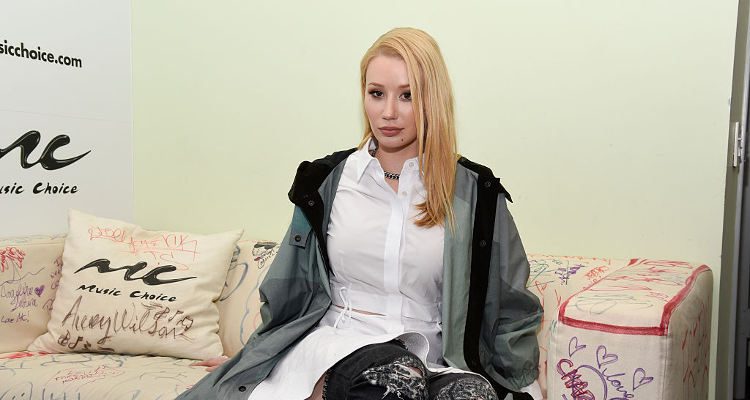 Iggy Azalea, Nick Young’s ex, flaunted her shapely derriere, wearing leggings and a sports bra while leaving the gym. Azalea was looking pretty bootylicious! The female rapper is currently filming X Factor Australia, so she has to look her best.

There are numerous rumors that Azalea has undergone plastic surgery. Compared to her 2011 music video, it seems Azalea has added some ‘junk in the trunk’—many people are wondering whether it’s real or not. One thing that Azalea has admitted to having done was getting breast implants.

She said she has thought about implants her whole life, so she went for them. In an interview with Sway from Sway in the morning, Azalea tried to squash rumors by saying, “’Of course the butt is mine. I heard it’s not a real butt, I’ve heard it’s a number of things. I heard sometimes it’s my underpants. I heard it’s implants. All kinds of crazy things. It’s my flesh, it’s my butt.”

To stay fit, rapper Azalea partakes in cardio, tennis, and eats nutritious foods. Azalea loves superfoods: those that are high in nutritional content. She will usually have a smoothie every morning with a variety of organic fruits and vegetables.

To maintain her hourglass figure and booty, Azalea is no stranger to intense exercise. Azalea will often workout with friends, as it causes her to challenge herself more. For example, one of Azalea’s friends challenged her to a 30-day squat challenge, which Azalea accepted with open-arms—maybe that’s how she got her big booty?

If you want to workout like Azalea, here are some takeaways. For starters, get a friend to work out with you. Not only will they keep you accountable, but both of you can push each other to workout harder. Second, eat nutrient dense foods: this means stocking up on foods like vegetables, which contain plenty of vitamins, minerals, and antioxidants that can improve your overall health.

Be mindful of your calorie intake, and ensure that you are burning off any extra calories you take in. And lastly, don’t deprive yourself. If you’ve had a solid week of diet and exercise, then you deserve to treat yourself. We’re not suggesting you take a full day to eat whatever you want, but at least enjoy a cheat meal to keep you on track and to crush any cravings you may be having.

Whether you think Iggy Azalea’s derriere is real or not is up to you, but frankly, Azalea isn’t too concerned what you think of her behind. Azalea works hard to live a healthy lifestyle, so if that is her bottom, then more power to her.