Home > Celebrity Diets > Irina Shayk’s Cravings: Will Bradley Cooper’s Partner Continue with Strict Diet or Not until Due Date? 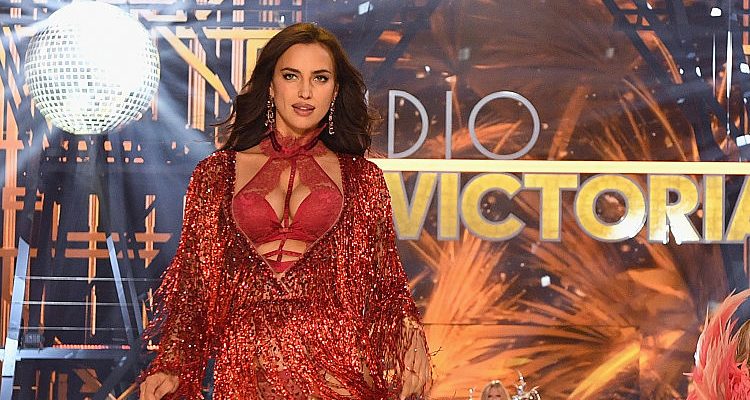 The Irina Shayk pregnancy announcement occurred during the Victoria’s Secret Fashion Show. Irina Shayk, Bradley Cooper’s girlfriend, usually eats fairly healthy, but she is known to give in and have some ice cream every now and then. We all wonder whether or not she will stick to her moderation and controlled diet throughout her pregnancy, or if she’ll indulge a bit more.

So far, Shayk has been spotted out-and-about wearing baggy clothing, effectively hiding her baby bump. What she can’t hide, though, is her snacking publicly, which she was caught doing at a Whole Foods. Shayk was spotted leaving the store after what looked like some much needed grocery shopping. We’re sure the majority of the groceries were healthy options that can be included in Shayk’s fiber diet.

The key to Shayk’s diet is staying well-hydrated. The model and soon-to-be mother has noted that she is constantly hydrating herself as a means of keeping her skin glowing.

Shayk doesn’t necessarily believe in dieting, but she eats healthy foods that are good for her and treats herself with cheat meals in moderation. It is because of Shayk’s self-control that she can eat her favorite foods, including ice cream, pizza, and pelmeni, which are dough dumplings that are filled. Shayk really adheres to portion-controlled meals and avoids overeating.

The model doesn’t exercise as a means of obtaining a certain look or to lose weight. For Shayk, it is all about the feel-good factor, meaning she exercises because it makes her feel good as opposed to making her look a certain way. Although Shayk isn’t trying to obtain a certain look or figure, that doesn’t stop her from sticking to a regular workout routine.

For her workouts, Shayk avoids heavy lifting of weights, does plenty of cardio in the form of going for runs, along with doing boxing and Pilates.

Another important aspect of Shayk’s workout routine is relaxation. Although it is important to train and exercise, it is equally important to relax and allow your body to heal. Overdoing it can lead to injury and fatigue, so Shayk, similar to her diet, knows to exercise in moderation and in a balanced fashion.

As for the baby that is on the way, Bradley Cooper and Irina Shayk are expecting their bundle of joy sometime in May. Considering Shayk is already so dedicated to her healthy eating and workout out regime, we believe that she may continue it throughout her pregnancy, which will lead for a quick bounce-back after the baby is born.