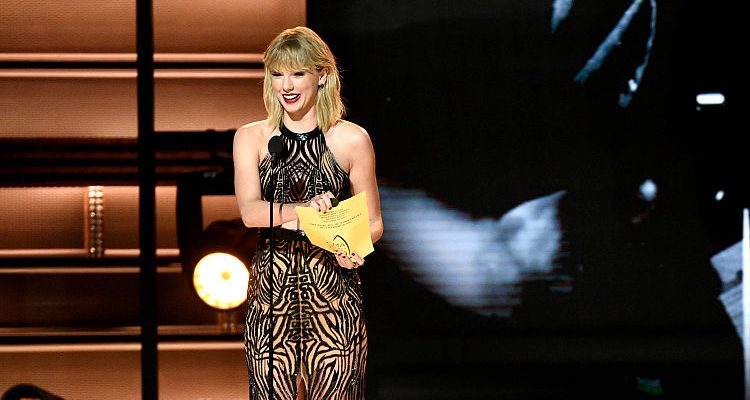 Pop music icon Taylor Swift, and Thor franchise star Tom Hiddleston may have called it quits over three months ago, but their split is reportedly taking a toll on the “Bad Blood” singer, as rumors of a recent weight gain and love of unhealthy food abound. While it’s no secret that Swift enjoys the occasional candy or dessert, OK! magazine reports that there is concern over whether she is over-doing it and emotionally eating in order to cope with being single again.

Normally, the pop star isn’t one to over-indulge; instead, she prefers to focus on maintaining a healthy lifestyle that includes eating well and exercising regularly. She is sure to include at least one hour of cardio daily in order to keep her healthy and in shape, though before tours her exercise routine most certainly differs. Swift sets different goals for herself during the week versus during the weekend that allows her to maintain her long and lean figure without feeling deprived. Monday to Friday, Swift eats healthy but doesn’t restrict herself by counting calories or cutting out specific food groups. While some stricter diets call for less or no carbs or an avoidance of fats, she doesn’t worry herself with following anything so regimented. Yogurt, salads, and sandwiches are some of her weekday staples, and she tries to eat lighter foods and use “common sense” when putting together healthy meals. This may translate into choices as simple as snacking on some fruit rather than candies, or a handful of nuts rather than potato chips. One thing she does try to cut back on during the week is sugar, and she accomplishes this by staying away from sodas and other sugary drinks.

On the weekends, it’s a completely different story. Saturday and Sunday serve as reward days for Swift and she indulges in the foods she knows aren’t very good for her. Burgers and fries, pizza, and ice cream are a few of her favorite weekend treats, while fans of her Instagram account know just how much she loves to bake, as seen in this post featuring some delicious looking cookies.

Swift truly enjoys her food and doesn’t deprive herself of the things she loves; rather, she uses moderation to help prevent over-indulgence and any subsequent weight gain. This attitude towards food is incredibly healthy, according to Registered Dietician and Elisabetta Politi, who said she believes that Swift’s outlook makes her a good role model for women everywhere in an interview with WebMD. While her usual diet may not lead to dropping weight or shedding inches, it is one that is easy to replicate and can help you maintain a healthy weight.

Whether or not Taylor Swift has turned to emotional eating in order to help get over her now ex-boyfriend Tom Hiddleston remains to be seen, but the singer’s generally healthy philosophy in regards to food and dieting leads me to believe that she will be just fine.