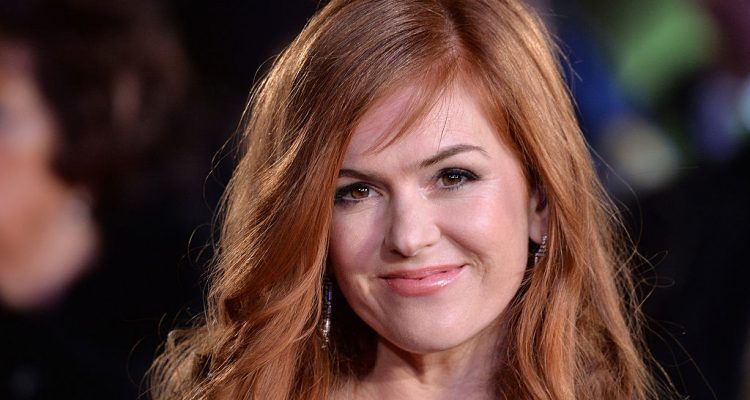 Isla Fisher seduces Zach Galifianakis in the trailer for Keeping up with the Joneses. Fisher and Galifianakis are a suburban married couple who encounter some strange neighbors. In the trailer, you see Fisher remove a robe, revealing nude-colored lingerie hat has Galifianakis’ character very excited. Fisher looks amazing in this brief scene and looks younger than ever.

Fisher has had a great Hollywood career: she’s starred in such films as Confessions of a Shopaholic, The Great Gatsby, and Now You See Me. With long red hair, Fisher really stands out as an actress, and her fun-loving attitude makes her as a top actress choice.

As a mother of two, Fisher still looks amazing. From running around with the kids to jumping from movie sets, she definitely has a busy lifestyle. But that doesn’t mean she puts healthy living on the backburner. In fact, Fisher still manages to eat well, exercise regularly, and keep a positive outlook no matter what she does.

The most dedicated workout Fisher follows is yoga, which she practices five times a week. Fisher enjoys yoga because it not only keeps her strong, but also helps release tension and provide a total mind-body experience. Fisher has attributed her toned figure to her regular yoga sessions.

When Fisher was pregnant with her first child, she gained 60 pounds—with her second she gained 70. After the birth of her first daughter, Fisher was expected to start filming Confessions of a Shopaholic within three months, and so the producer set her up with a personal trainer in order to meet the deadline.

Although Fisher commonly enjoys healthy eating, when she was pregnant she had horrible morning sickness, so she could only eat white pasta with butter which would help reduce the nausea.

The second time around she took more time dropping the baby-weight, which she did mainly by doing cardio. Fisher swears by Tracy Anderson’s workout methods of multiplicity.

Fisher isn’t too concerned about her weight, though. In fact, she doesn’t even own a scale—for Fisher, it’s all about being healthy and feeling good.

As for her eating habits, Fisher sticks with a mostly vegan diet. We say mostly because she does enjoy salmon and mackerel. Though for the most part, Fisher avoids animal products.

Whether Isla Fisher is gaining or losing weight for movie roles, she still manages to look amazing each and every time she graces the big screen. If you want to see what we’re talking about, then head over to your local heater on October 21st in order to catch Fisher in Keeping up with the Joneses.