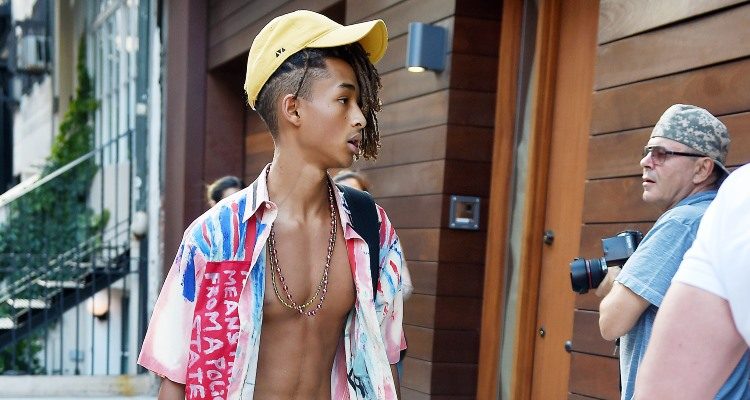 Jaden Smith, 18, and girlfriend Sarah Snyder, 21, are a stylish pair as they head to the Panorama Music Festival with Kendall Jenner and Gigi Hadid in NYC. Credit: JENY / Splash News.

Have you taken a peek at Jaden Smith’s six-pack abs lately? Will Smith’s son graced us with their presence —yes, I’m referring to the abs—while out over the weekend with model-girlfriend Sarah Snyder in Soho, NYC. Snyder, 21, was decked out in an all-white ensemble while 18-year-old Smith’s tie dye was buttoned down just enough to give the paparazzi a glimpse of how fit he actually is. The two were apparently heading to the Panorama Music Festival with Kendall Jenner and Gigi Hadid. 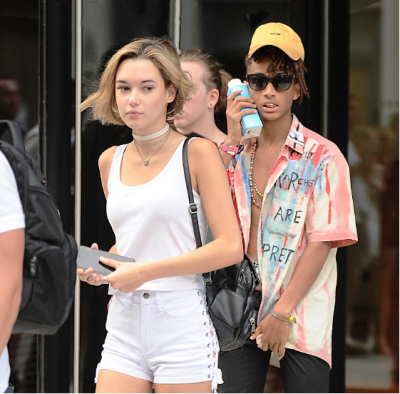 Jaden Smith, 18, and girlfriend Sarah Snyder, 21, are a stylish pair as they head to the Panorama Music Festival with Kendall Jenner and Gigi Hadid in NYC. Credit: JENY / Splash News.

Since filming After Earth a few years back, Smith has continued his workouts to maintain a chiseled body.

In order to get as ripped as he is now, Smith had a lot of bulking up to do as he was previously quite petite. Prior to filming After Earth he reportedly had to put on 20 pounds so that he could develop muscle mass.

Because After Earth was a sci-fi action flick, Smith trained alongside a personal trainer five days a week, four months prior to shooting. He even trained with his superstar dad Will to learn how to fight and use weapons (in order to make the movie scenes look more realistic).

It appears that Smith is maintaining his workout and diet plans as he continues to look incredibly fit!

Jaden Smith’s six-pack abs are a result of hard work and dedication. I’m sure his new leading lady, girlfriend Sarah Snyder, can’t take her hands off of them!