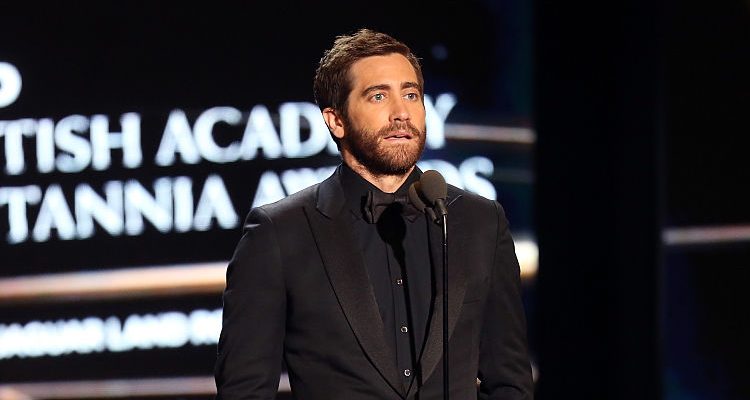 Costars Jake Gyllenhaal and Amy Adams looks stunning at Tom Ford’s premier of the film Nocturnal Animals. Ford, more commonly known for his designer skills, adapted the screenplay from the 1993 novel Tony and Susan by Austin Wright. The film is a psychological thriller about a glamorous woman who is haunted by a novel that her late husband has left behind.

For Gyllenhaal, the role in Ford’s film was quite different form other characters he’s played in the past. He said in a Q&A at the 2016 Variety and AARP Movies for Grownups Screening, “I was completely drawn into the screenplay—I was so moved. It was the story Tom [Ford] told me that got me. And the role offered this strange thing for me: It was a character who had no power. I had played characters who had been completely in control.”

For Adams, it was the script that drew her into the role. At the same Q&A she said, “I found the script very compelling and the character was something I hadn’t seen before. It seemed nearly impossible. It had a theme of loss of oneself, loss of love, and loss of loyalty. It all came together in a way I knew I had to do it.”

Depending on the role, Gyllenhaal has been known to completely transform himself. For example, we see a much larger and muscular Gyllenhaal in the film Southpaw than we have in some of his other roles. As a popular movie actor, Gyllenhaal is constantly on the go, but he still manages to eat well and get in regular exercises in order to maintain his physique along with his health.

Some exercises that Gyllenhaal has been known to partake in are walking, jump rope, and even football drills.

As for his eating, Gyllenhaal follows a balanced diet along with a high-protein diet. To prep for Southpaw, Gyllenhaal focused on strength training in order to shape himself for the role of a top-notch fighter. Quite the different look than what many of us were used to seeing from Gyllenhaal in some of his previous roles.

Amy Adams teams up with celebrity trainer Tracy Anderson or Jason Walsh when it comes to her gym sessions. One of her favorite workouts includes Sheila Kelley’s exotic S Factor dancing. It’s a great workout because you don’t even realize all of the calories you’re burning because you’re too busy having a great time.

Although Adams always looked amazing, a real transformation occurred after she was pregnant and had her first child. In an interview Adams explained, “Being pregnant finally helped me understand what my true relationship was with my body—meaning that it wasn’t put on this earth to look good in a swimsuit. I was like, ‘Look, I can carry a baby. I’m gaining weight right, everything’s going well.’ And I’ve had that relationship [with my body] ever since.”

Similar to Gyllenhaal, Adams sticks with a balanced diet as well; she likes to eat in a way that boosts and promotes energy, which is particularly important for such a busy mom.