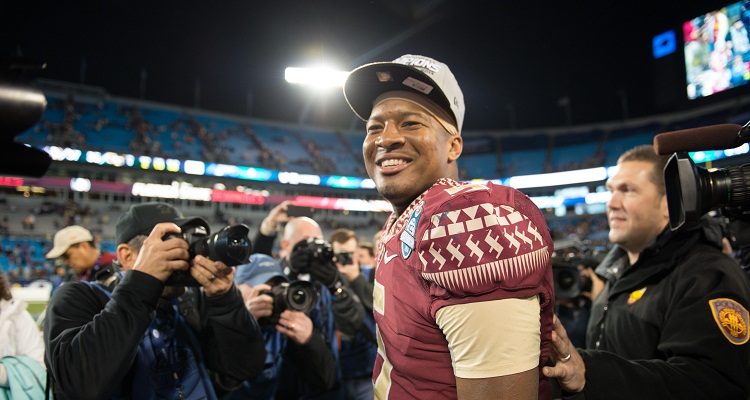 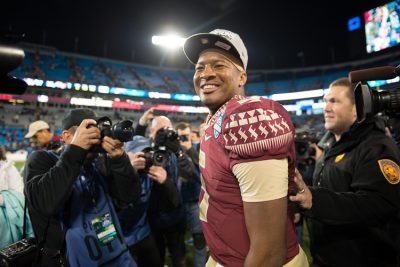 Many critics have speculated about the NFL quarterback’s weight and what he does when he’s not on the field.

The 22-year-old quarterback is a giant, coming in at 6-foot-4-inches. Taking a look at what he eliminated from his diet may encourage you to make simple lifestyle changes too.

If you’ve ever wondered how you can easily lose 20 pounds, you might want to take some tips from Jameis Winston. Winston has been following a training program designed by personal trainer Tim Grover, who at one point worked with the legendary Michael Jordan.

If you look at pictures of Winston before he began his training program, you can see that he was quite a bit larger.

A gut usually develops from overeating and, according to sources, Winston really likes potato chips. It’s unknown how many potato chips or what kind of potato chips Winston likes, but his new training program had him eliminate them from his diet.

Potato chips are loaded with sodium, trans-fats, saturated fats, and preservatives. Potatoes are also high in carbohydrates, which when processed by the liver can be converted into fat.

Choosing snacks like celery, carrots, cucumbers, broccoli, and other veggies might be a better option for snacking, since they’re whole foods, unprocessed, and full of vitamins that are not found in chips.

We don’t know whether or not Winston is incorporating these foods into his diet, but what we do know is that he is no longer eating after 7:00 p.m. In addition to ditching potato chips, not eating late at night is a huge weight loss tip that has clearly helped him drop 20 pounds.

Sometimes due to boredom or stress, people turn to late night snacking, but it’s not advised if you want to lose weight. People are less active during the evening so they’re less likely to burn off the calories they consume at night.

Food is also poorly digested when eaten at night and some people report feeling not so great the next morning. It’s also noted that eating at night is linked to poor sleep, and poor sleep impacts the metabolism in a negative way. See the effect here?

In addition to his diet, Winston is making sure that he tends to his fitness regimen during the off-season. He will be heading to a training camp that’ll help his performance on the field during the next season.

The exact workout is unknown but it’s likely that Winston will be doing all sorts of exercises in the gym and outside.