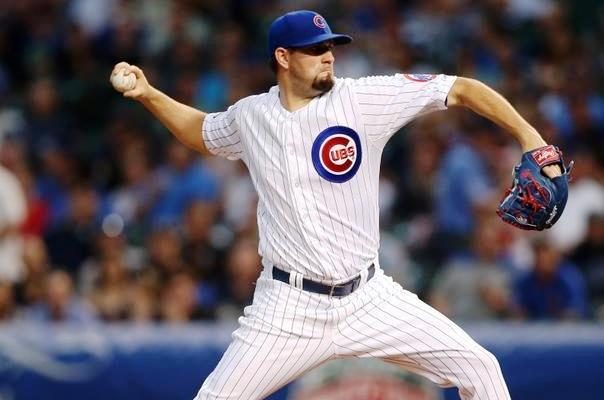 Chicago Cubs pitcher Jason Hammel was forced to leave his start in the sixth inning of what ended up being a 4–3, 11-inning loss to the Atlanta Braves on July 7, with cramping in his right hand. As a result, the Chicago Cubs’ team doctor Stephen Adams prescribed… potato chips?

Evidently, the doctor suggested consuming potato chips for Jason Hammel’s cramping problem. Hammel found boxes of potato chips at his locker soon after (a gift from a chip company), and then he did as his doctor said and starting eating chips between innings on his next start against the Texas Rangers. He then won that game 3–1, striking out seven batters with no trace of a cramp in his hand.

The Cubs’ doctor told Hammel that potassium and sea salt in potato chips retain water, which would help with cramping and keep him hydrated; potassium and electrolyte deficiencies can contribute to muscle spasms.

It’s true that potatoes are nutritious root vegetables that are a good source of potassium and carbohydrates, but when potatoes are deep-fried in oil and processed with several ingredients, they become unhealthy foods.

Potato chips are high in calories, and may increase your risk of insulin resistance, obesity, diabetes, and heart disease. Chips containing acrylamide can also increase the risk of atherosclerosis.

To be fair, Hammel is cautious about his new potato chip diet, and believes that you are what you eat. Although the diet does have its perks, he does understand the importance of nutrition.

It’s reported that Hammel underwent a nutritional overhaul in an off-season conditioning program, and he insists that he won’t stray from it, as it’s helped make him stronger and leaner in 2016.

Instead of potato chips, there are many nutrient-dense foods with potassium and other electrolytes such as calcium and magnesium that Hammel can eat.

Examples of electrolyte-rich healthy foods include Swiss chard, spinach, basil, kale, broccoli, and celery. Hammel could put some sea salt on roasted broccoli and kale chips to treat his cramping issues. And all of these foods are better sources of potassium than potatoes.

Jason Hammel’s cramping problem can also be treated with a variety of natural supplements and treatments. The pitcher can prevent electrolyte imbalances by supplementing with magnesium, potassium, and calcium. Stretching, avoiding overtraining, and getting plenty of rest can also help muscles recover.

The ball club definitely needs Jason Hammel to be healthy; the Chicago Cubs’ World Series drought is currently 108 years. They last won the World Series back in 1908. As of July 27, the Cubs are currently in a good position to at least make the playoffs, sitting 6.5 games ahead of the St. Louis Cardinals with a 60–40 record in the National League’s Central Division.