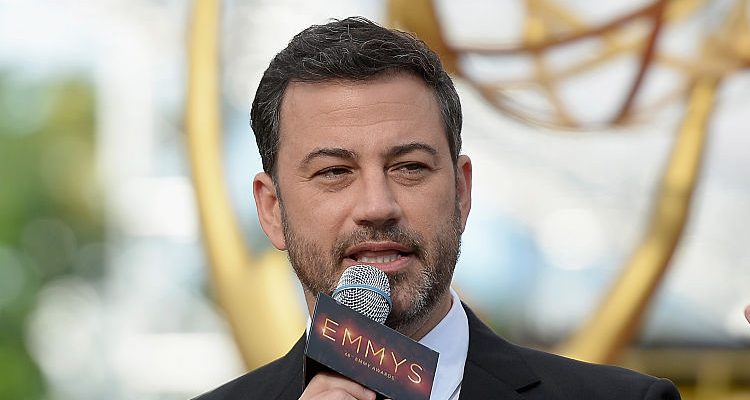 After years of hosting the Academy Awards’ after show, late night comedian and TV host Jimmy Kimmel has been selected to host the 2017 Oscars. While this is a prestigious event with an audience made up of A-list celebrities, as well as Hollywood’s finest directors and producers—not to mention the massive audience of at-home viewers—the salary offered to Kimmel seems to be quite low.

He reported on KROQ’s Kevin & Bean morning show that he is being paid just $15,000, which falls at the bottom of the spectrum of salaries paid to past hosts, which only goes up to $25,000. To put this in perspective, the red carpet and Oscar statuettes, reportedly valued at $25,000 and $45,000 respectively, cost more than Kimmel.

All eyes will be on Kimmel this February, and as the comedian has been open about his weight struggles in the past, one question begs to be asked: Is Jimmy Kimmel working to get in shape specifically for the 2017 Oscars? While no reports have been made on whether Kimmel is planning to lose weight in preparation for the show, he has shared the regimen he sticks to in order to maintain his current stature.

Back in 2010, Kimmel (standing at an average 6’1”), reportedly weighed 208 lbs. and would often joke about his size on his talk show. He jokingly attributed his weight problems to his Italian heritage, saying it fostered a love of food and lack of portion control. Kimmel received a wake-up call when Dr. Oz reached out to him after filming together.

In an interview with Men’s Journal, Kimmel details how he managed to lose 25 lbs., explaining that he started with protein shakes and a diet of 2,000 calories per day. He also started exercising, but admits that it wasn’t something he enjoyed—he quickly dropped his fitness routine.

At a trim 182 lbs., Kimmel is looking healthier and happier than ever, but how has he been maintaining this weight loss for the past six years? The answer is the 5:2 diet, a fasting program created by Michael Mosley and Mimi Spencer.

The diet allows you to eat whatever you’d like for five days out of the week, but restricts calorie intake to just 500 calories a day for the remaining two, essentially starving your body intermittently. The diet has worked wonders for Kimmel and has allowed him to stay at his current healthy weight. However, he does admit to being less pleasant on the days that he is fasting.

This approach is obviously quite extreme and requires a lot of motivation and willpower. Whether Jimmy Kimmel is utilizing it specifically to stay in shape for his new gig as Oscar host remains to be seen, but one thing is for sure: he is definitely dedicated!