DNCE singer Joe Jonas might sing about eating “cake by the ocean,” but he certainly doesn’t eat it—at least on the regular, that is. Once boyfriend to now ex-girlfriend Camilla Belle, Jonas focuses on keeping a masculine figure by sticking to a diet and workout plan.

At 27 years old, the singer, musician, and actor likes to stay fit. Born on August 27, 1989, this Jonas brother is a Leo, so it’s safe to say he feels a sense of pride in his image and physique—have you seen his muscles and abs?

Let’s find out how Joe Jonas keeps himself muscular and toned.

Just like his brother Nick, Joe Jonas is a good looking dude. Both brothers like to keep it real when it comes to their workouts, and it’s safe to say that they’re pretty devoted to hitting the gym.

For instance, Joe Jonas is a self-proclaimed exercise junkie. He will get active and sweaty every day, even when he’s on the road. He doesn’t get on stage without working out first.

Could this be because working out is such a great stress and anxiety reliever? It just may be. Regardless, Joe likes to go running with his security guard, who he says helps push him to his limits.

He also does weight lifting to strengthen and build his muscles—if you’ve seen one of his latest Instagram photos, you’d know that they’re pretty big. Joe Jonas also likes to show off his ripped abs on Instagram.

Judging by his photographs, some of his cheat foods include burgers and beer. He also indulges in chocolate marshmallow ice cream, BBQ chicken pizza, and chicken cutlets with mayonnaise.

Jonas also posted a restaurant meal on Instagram, where he is seen munching on tortilla chips and what looks like delicious nachos with melted cheese, salsa, jalapenos and sour cream. His caption reads “work hard, play hard” which goes to show that he rewards himself for his hard work.

Jonas also works with a personal trainer, and does vigorous workouts. He also likes to play football and run.

To hydrate himself, he likes to drink Gatorade, and his protein bar of choice is a Luna bar. He also enjoys cooking, so he always knows what’s going into his food.

It seems that Joe Jonas stays fit by working out and exercising every day. Whether it’s with a trainer, lifting weights, or going for a run, he’s always staying active.

He couples that by eating more of the foods he enjoys instead of sticking to a strict diet, which seems to work well for him right now. 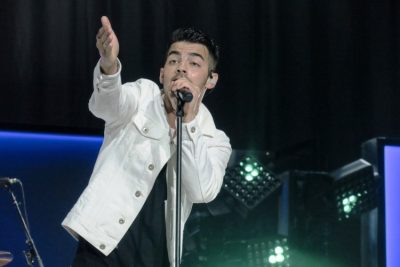 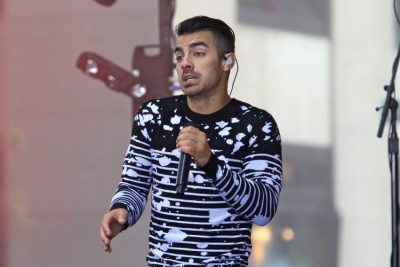 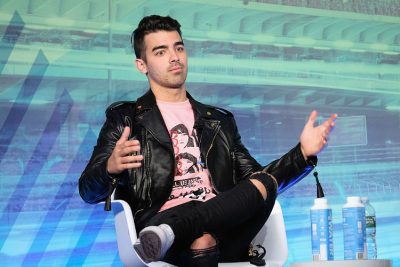