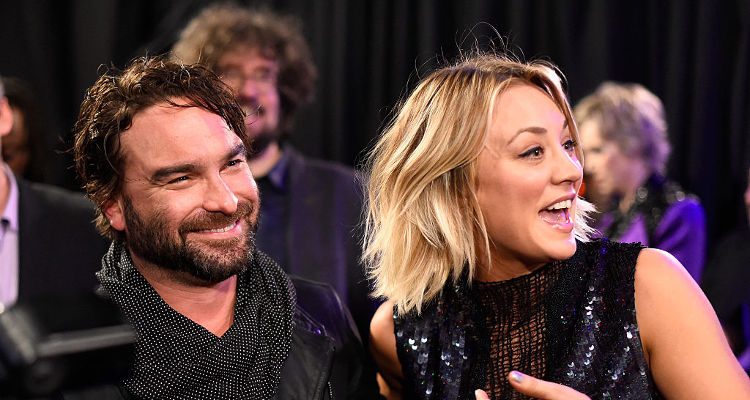 Kaley Cuoco from The Big Bang Theory is big on tending to her fitness! The sassy blonde actress always looks good, but since adjusting her diet and lifestyle, she is looking and feeling better than ever.

Although she is currently dating equestrian Karl Cook, there have been some rumors swirling that Cuoco might get back with her ex-boyfriend Johnny Galecki. Although she claims those rumors are false, she did disclose in a recent interview with Cosmopolitan that they are just friends despite having a wonderful relationship. Well, enough about her love life; let’s get to what Cuoco does to keep in fantastic shape.

Kaley Cuoco works out with her personal trainer, George C. King and he revealed to Shape magazine some of the target areas she likes to focus on to achieve her amazing body. Her main focus is on her butt, abs, and arms, and she likes to do whole-body workouts that involve three to six different exercises or circuits.

Even though Cuoco has always been active and fit from riding horses since she was a small child, she did not like working out in the gym at first, according to her trainer. She still finds it burdensome but does it because she knows the benefits of keeping healthy and active. She does yoga, swimming, and still rides horses as other forms of exercise.

Kaley Cuoco’s diet is free of white bread, white rice and white potatoes. If she eats carbs, she does it in the morning at breakfast or at lunchtime, so that her body has time to burn it off. This method allows her to avoid carbs at dinner time and eat protein and leafy greens or vegetables instead.

Cuoco also admits that her body transformed when she eliminated “crap” from her diet. She used to mindlessly eat candy and other junk before bed when she was married to professional tennis player Ryan Sweeting. She realized it was a really bad habit and had to stop. She also cut out soda, chips, and cereal as she realized all the processed junk was not helping her. When you think about all the excess sugar, fat, carbs, and preservatives that are in these kinds of “foods,” it’s clear to see how weight can pile on.

Paying attention to food labels and eating whole foods like fruits, vegetables, and lean protein just allows natural sources of nutrients to be absorbed by the body as nature intended, and it’s clearly working for the actress. While she admits that she eats really well throughout the week, she needs her cheat day. That day is Sunday, when she might sit poolside and enjoy a cocktail and some pizza. This regimen works for Cuoco because it keeps her on track, motivated, and feeling rewarded for her hard work. It also keeps her feeling non-restricted and still able to have fun.