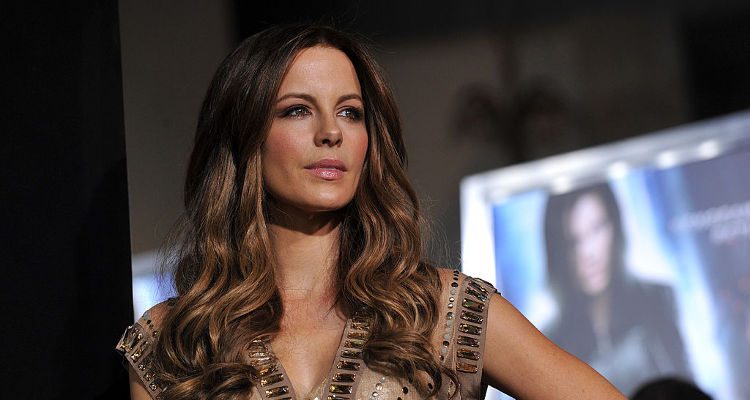 Kate Beckinsale, star of the first four Underworld films, recently opened up about reprising her role as Selene in the upcoming Underworld: Blood Wars. Beckinsale still looks great at 43 years of age and is ready to kick some butt in the upcoming film. In the fifth installment of the Underworld franchise, Beckinsale’s character must fend off attacks from the Lycan clan and the Vampire Faction that previously betrayed her.

Underworld: Blood Wars is expected to hit theaters in January 2017. To gear up for the vampire-fighting movie, Beckinsale took part in yoga, the 3-2-1 workout, and a cardio and abs workout to achieve her fit figure and perform many of the intense moves for the fight scenes.

To get into shape, Beckinsale completed the 3-2-1 workout, which was created by trainer Ramona Braganza. The 3-2-1 style of training represents three cardio sessions, two weight-training circuits, and one abs routine. For ideal results, it’s best that you avoid resting between sets—unless, of course, you really need to or are just starting out.

Beckinsale has noted that she wasn’t very athletic as a child and that going to the gym meant that you were either “weird” or “obsessive.” She shared with Women’s Health that when she was growing up and living in London, she didn’t know many people who went to the gym. This all changed for Beckinsale when she had to don a latex suit in order to play Selene for the Underworld films.

Although the 3-2-1 method and heading to the gym was effective in getting Beckinsale in shape, she reportedly grew tired of the routine and started to incorporate yoga into her fitness regimen. For her yoga sessions, Beckinsale goes to Jennifer Aniston’s yogi Mandy Ingber.

Along with the 3-2-1 workout, Beckinsale has been known to follow the 3-2-1 diet, too. The diet consists of three small meals, two snacks, and plenty of water to keep Beckinsale hydrated throughout the day.

Her meals are said to consist of high-protein and high-fiber food options. Beckinsale eats clean and also opts for organic foods, primarily. She avoids high-sugar foods, dairy, and high-carb foods in order to stay in shape and healthy.

Another big part of Beckinsale’s diet includes making food at home, which allows her to ensure that her meals are as nutrient-dense as possible. But don’t think that Beckinsale is some super-human who doesn’t enjoy treats every now and then! In moderation, she will allow herself some goodies including pancakes and pastry cakes.

Kate Beckinsale always manages to look amazing, and we will soon be able to see just how fit she is when she takes on her role as Selene again in Underworld: Blood Wars next year.