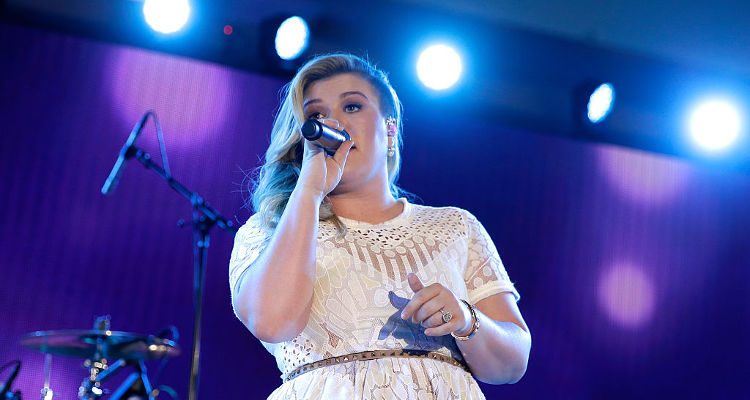 There is probably no star out there that has been ridiculed more about their weight than Kelly Clarkson. Recently, the American Idol winner took to the Ellen DeGeneres Show to defend her weight gain and talk about positive body image.

Throughout her career, Clarkson has gained weight and lost it; and it seems as if the rest of the world always wants to talk about it. But that is what makes Clarkson so great – she doesn’t care what others think. She’s happy, and that’s all that matters.

Since her Idol win, Clarkson has had two children, which prompted weight gain. The singer notes that even on Idol, people would comment on her being the biggest on the show – for the record, she isn’t even that big! But Clarkson doesn’t let the nasty comments get her down.

She revealed in an interview, “After a show, a girl might come up to me and think she’s so fat if people call me that.  It’s like, you’re just who you are – we are who we are – whatever size.  Mean-spirited people don’t know me.”

You would think that constantly being ridiculed about your size would have Clarkson feeling down, but not one bit. Clarkson is one confident woman, and she loves herself despite what others have to say about her and her body. Clarkson explained to Heat magazine last year, “I have just never cared what people think. I am confident and feeling good, more so now with a family.”

She told Self in 2009, “Sometimes I eat more; sometimes I play more.  I’ll be different sizes all of the time – my happy weight changes.  I’ve never felt uncomfortable on the red carpet or anywhere so it seems others have a problem with my weight – but not me.”

Clarkson’s workout plan may be considered quite fluid, as she doesn’t really stick to a regular routine. Depending on how the singer is feeling, she can go hard at strength cardio or boxing and then maybe “slack” off for some time.

She has always acknowledged that she yo-yos when it comes to her weight, and it’s because she goes through phases of working out. For Clarkson, it’s more about being happy than fitting into a mold; so if she’d rather lift a glass of wine than a weight, then she will go with how she feels.

Clarkson’s workout schedule heavily revolves around her projects, so when she isn’t on the go and has more free time, her workouts are pretty lax. That is when she finds she puts on extra weight. When she’s constantly on the go and set on a more steady routine, she will shed those extra pounds from her lazier days.

When Clarkson is in the gym, she is known to perform strength training and weight lifting, as they are beneficial for toning muscles and making someone lean. Clarkson also enjoys activities like hiking and playing golf because they make her feel confident and refreshed. As for her diet, Clarkson doesn’t stick to one set diet, but rather tries to eat healthy foods in moderation.

Unlike other celebrities, Kelly Clarkson’s world doesn’t revolve around dieting and working out. She loves who she is and is happy. So body shamers, find someone else to pick on because Clarkson isn’t having it!