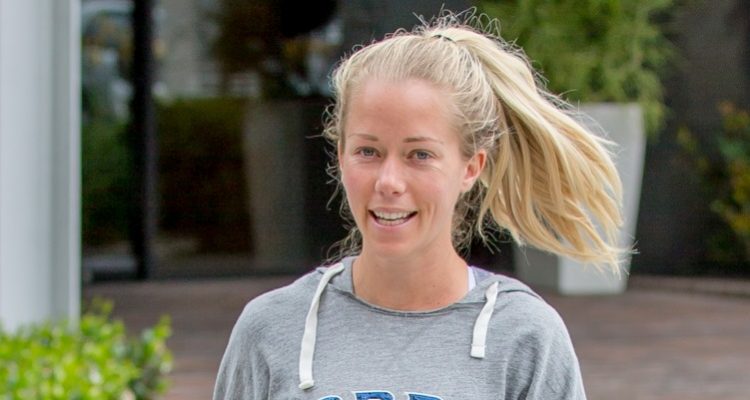 @hank_baskett made some bomb campfire chicken. Had that smokey bbq flavor. Soooo good. And for dessert every night we had…S’mores of course. We’d sometimes make em n eat em with new friends we met at the different camps.

Last week Wilkinson posted a picture of some “bomb” campfire BBQ chicken she cooked up. Apparently it was as “soooo good” it required two more o’s. But the campfire wasn’t just for show; she put those flames to work melting chocolate and marshmallows together between a crispy graham cracker bun. That’s right, folks–s’mores, the ultimate campfire delicacy, were in full effect.

To keep slender, of course, Kendra Wilkinson’s favorite foods must be kept for special occasions. This is because her diet doesn’t leave a lot of room for carbs or sugary snacks.

After giving birth to her second child, Kendra Wilkinson adopted the Atkin’s diet and had fantastic results. In only three short months she was able to drop her weight from 175 to 145 pounds. Kendra Wilkinson’s weight loss progress is not uncommon for those who work hard, plan carefully and choose the right diet.

During the course of her pregnancy she spent a lot of time researching which diet she would adopt to lose the baby weight. This is a very important step when it comes to weight loss, and one that most people overlook. But by taking the time to research different diets you can get a better idea of what will work for you, your body type and offer the best chance of success. It also lets you select a start date that you’re ready for—and as the popular saying goes, a failure to plan is a plan for failure.

There is no one-size-fits-all diet for weight loss, and this became clear to Kendra Wilkinson. The Atkin’s Diet seemed best suited for her metabolism and lifestyle, and it’s why she was so successful. The Atkins’s diet is a high protein, high fat diet that is very low in sugar and other carbohydrates (except leafy greens).

Kendra Wilkinson’s weight loss was so easy because she said she was able to eat all the food she loves, and if she had a burger it was as easy as skipping the bun (and sugary condiments—but don’t worry, sugar-free BBQ sauce and ketchup exist). Although s’mores wouldn’t make the cut on the Atkin’s diet, even dieters need to live a little!

Be On The Lookout For The Kendra Wilkinson Food Show

Kendra Wilkinson is reportedly working on a show with the Food Network that will focus on America’s new favorite national past time: watching other Americans eat.

The show will take her across America to taste all kinds of regional flavors, and will likely take her off her Atkin’s diet–although details of the show are yet to be released. But really, who wants to watch skinny models eat healthy?