Home > Celebrity Diets > Kirk Douglas Makes it to 100! Michael Douglas Believes His Dad is Healthy for His Age, so What Can Be Kirk’s Health Secret? 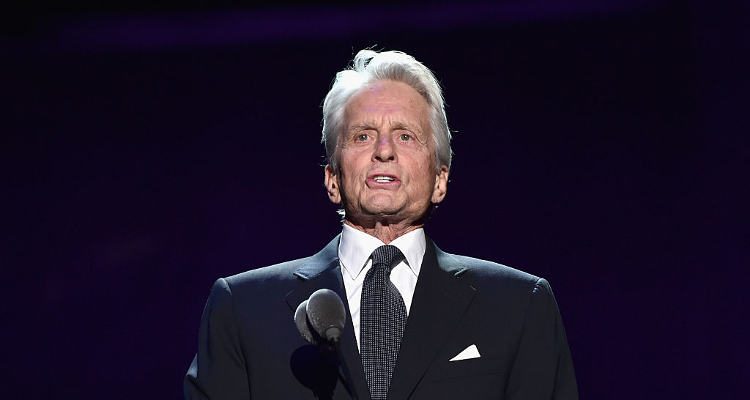 On December 9, Kirk Douglas hit the century mark. Kirk Douglas’s age is the big 100, and the Spartacus and 20,000 Leagues Under The Sea actor is not slowing down anytime soon. Kirk’s 72-year-old son Michael Douglas, who is also an actor, says that his father is doing absolutely great.

The legendary actor’s eldest son Michael is taking charge of the festivities for the 100th birthday. Michael Douglas said on ITV’s The Jonathan Ross Show, in an episode airing Nov. 5 in Britain, that he wanted to have an afternoon lunch party, but his father doesn’t like to watch people eat. Instead, Michael said they would celebrate with a tea event with family and friends.

Although he has had a long career as an actor, Kirk Douglas continues as a writer, and he is working on his 11th book with Michael’s stepmother, Anne Buydens.

Kirk Douglas was born as Issur Danielovitvh to Russian-Jewish parents in New York. He first felt the desire to act while reciting The Red Robin of Spring in kindergarten. Douglas graduated from film school in 1941, and five years later, his debut role in The Strange Love of Martha Ivers (1946) launched a career that has seen him appear in over 90 TV and film roles.

Despite his success as a Hollywood movie star, Douglas remained passionate about theater. In an attempt to resurrect his Broadway career, he bought the rights to the book “One Flew Over the Cuckoo’s Nest” in 1963, and his passion kept the show in the theatre for six months. Kirk Douglas last appeared in the movie Empire State Building Murders in 2008.

What is Kirk Douglas’s Health Secret?

Michael Douglas says his father Kirk has got a walker with wheels, and he moves great at about a 45-degree angle. Michael Douglas believes he’ll likely be wishing his father a happy 101st birthday in the future.

So, what’s the secret to reaching the century mark? A study once found that the diets of 100 centenarians were mostly smaller, more frequent meals. The healthy eating plan contained primarily vegan food, and up to six meals a day.

The diet consisted of vegetables, fruit, legumes, nuts, and seeds. Eating often will regulate blood sugar and produce steady energy throughout the day. Longevity seems to be related to eating three small meals, plus snacks, which puts less stress on the digestive system.

Vegetarians and those eating a plant-based diet have been shown to suffer less degenerative diseases like heart diseases and cancer. A lack of plant-based fiber is a major contributor to old age-related diseases.

Giving back to the world likely contributes to Kirk’s Douglas’s longevity. Kirk and wife Anne have donated most of their $80 million net worth, including $5 million to Kirk’s alma mater St. Lawrence University. Since the early 1990s, Douglas and his wife have donated up to $40 million to an Alzheimer’s treatment facility in Woodland Hills called Harry’s Haven.