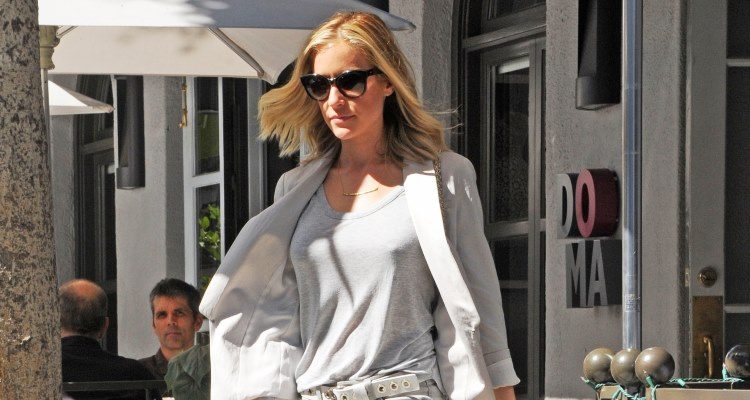 In Kristen Cavallari’s new book, Balancing in Heels: My Journey to Health, Happiness, and Making it All Work, the entrepreneur, designer, and television star reveals how she multitasks the many facets of her very busy life. She’s married to Chicago Bears quarterback Jay Cutler, who has diabetes, and that keeps her busy as it is, but throw in two kids and her own career, and the 29-year-old has a lot on her plate—a plate that she keeps free of GMOs, soy, and cow’s milk.

In her book, Cavallari takes many pages to discuss her anti GMO stance, to the point where she even calls herself a “psycho” because she spends a lot of time reading labels and researching every ingredient she doesn’t know. According to Cavallari, GMOs (that is, genetically modified organisms) are linked to digestive problems, among other health issues, and the antibiotics pumped into the animals get passed on to humans when we ingest them.

The Laguna Beach: The Real Orange County star is so concerned about what goes into her kids’ bodies that she made her own goat’s milk formula for her babies because she’s not a fan of soy, citing that it’s usually genetically modified. Cow’s milk also wasn’t an option, because two of her children have sensitivities.

How Jay Cutler’s Type 1 Diabetes Influences How They Eat

Those with type 1 diabetes need to adhere to a pretty strict diet in order to keep their insulin levels in check and avoid any complications. Cavallari says that eating mostly organic and only wild fish or grass-fed beef has been a great help in keeping her husband’s type 1 diabetes under control; his insulin is down and his blood pressure has decreased to the point where he no longer needs medication to manage it. She also credits his clear skin and healthy weight to eating GMO-free, organic foods.

It wasn’t until mid-2008 that Jay found out he had diabetes, when he was only 25 years old. Since that diagnosis, he’s made it a point to spread the message to young type 1 diabetics that having the condition doesn’t mean you can’t live the way you want.

Diabetics have to, for the most part, avoid sugar, and Jay says the three things he misses the most are lemonade, sweetened iced tea, and Reese’s Peanut Butter Cups. His diet is largely controlled by the Bears’ training staff, and he says he eats a lot of seafood and lean proteins as a result. At home, he eats clean with his wife and family. Between Kristin and the Bears, it appears that this quarterback’s type 1 diabetes is under control.