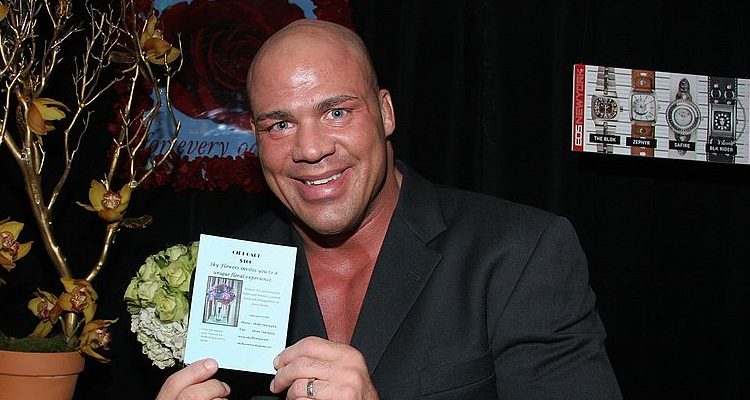 Former Olympic Champion Kurt Angle is rumored to be returning to the WWE for Wrestlemania 33 this coming April. Angle spent seven years in the professional wrestling ring before retiring from the WWE in 2006 due to health issues. As the 1996 Olympic gold medalist in heavyweight freestyle wrestling, Angle has always kept his body in incredible shape, and with his potential return just three months away, we’re taking a look at the wrestler’s workout and diet plan that has kept him in fighting shape for so long.

Tuesdays, Thursdays and Saturdays are when he adds the cardio in, running for anywhere between three and six miles and skipping for 15-20 minutes. He also mixes in some leg work on these days, performing three sets of 10 calf raises and squats.

Protein is essential in any diet, but its muscle repairing and metabolism boosting properties make it great for those trying to build muscle and trim fat. Angle’s diet consists of mostly protein and vegetables that allow him to pack on the muscle while getting much needed vitamins and minerals.  An example of his daily meal plan consists of egg whites and oatmeal for breakfast, two chicken breasts and salad for lunch, a protein shake for a snack, steak and salad for dinner and another protein shake directly after. He occasionally will treat himself to popcorn and drinks a final protein shake before bed.

Other great foods to add protein to your diet include plain Greek yogurt, cottage cheese, turkey breast, Yellowfin tuna, and mixed nuts. Plain Greek yogurt is high in protein and low in sugars, while cottage cheese contains the slow-digesting casein protein to provide your body with amino acids over an extended period. Yellowfin tuna not only contains protein, but is a fantastic source of vitamin B and the anti-oxidant selenium to help keep your body healthy, while mixed nuts are a source of healthy, unsaturated fats and protein.

Kurt Angle is still maintaining his strong physique by working out and eating a protein rich diet. Whether the 48-year-old will be returning to the WWE has yet to be confirmed; however, it is clear that the former pro-wrestler is prepared for whatever bout they may throw at him come April.