Home > Celebrity Diets > Liam Neeson as James Bond? Find Out Why “Silence” Star Passed on the Iconic Role, How He’s Staying in Shape at 64 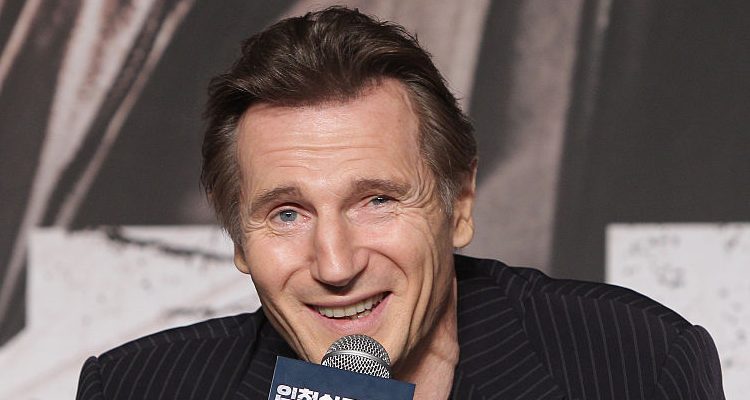 Action star Liam Neeson returned to the silver screen this past December in Martin Scorsese’s latest project, Silence. Looking gaunt and thin on screen, it’s hard to imagine that he was once in the running for the role of Britain’s most famous super spy, James Bond. Neeson revealed to the Irish Mirror that he turned down starring as 007 when he was up against Pierce Brosnan over 20 years ago because his late wife Natasha Richardson asked him to. Richardson even refused to walk down the aisle with him if he accepted the part, so Neeson happily passed and hasn’t looked back since. He maintains that he has no regrets about never portraying the promiscuous secret agent, and his career clearly has not suffered for it.

While we’ve seen him showcase a particular set of skills in many action-driven films before, Silence required something more subtle from the actor—but no less powerful. Neeson plays a Jesuit priest who loses his faith while on a mission in Japan during the 1600s. To help portray his character’s struggle, Neeson dropped nearly 20 lbs., leaving the already lean actor looking tired and gaunt. Once shooting was finished, however, he was quick to try to gain weight once again, especially as his role in the upcoming action flick The Commuter required him to be bigger and stronger.

The actor is often snapped jogging, a great cardio workout that helps keep your heart rate up and trim fat. He also enjoys power-walking, and when he’s home in New York, he’ll do eight laps in Central Park. To prepare for his return to the action genre, Neeson most likely stepped up his fitness regimen by adding in some weight training. He told the Irish Examiner back in 2015 that he always ramps up his workouts before starting a new film to help increase his stamina and energy for long hours on set and difficult fight scenes. The actor particularly favors working with kettle bells and tries to incorporate them whenever he can, though he admits that he doesn’t follow a strict routine. To stay in shape, Neeson also favors what he calls “boring” exercises like push-ups and sit-ups. While they may not be the newest fitness trend, many routines include these tried and true staples because they’re effective and easy to do. Even better, they can be performed almost anywhere without any extra equipment and in very little time, making them perfect for busy people like the in-demand actor.

Many people may regret passing on the chance to play one of the world’s most recognized fictional characters, but not Liam Neeson. No, the Irish film star turned down the chance to play James Bond at the behest of his then-girlfriend Natasha Richardson, and more than 20 years later his career hasn’t taken a hit. Now at 64 years old, Neeson is still accepting an assortment of roles and committing whole-heartedly to every one. From slimming down to appear weak and troubled for Silence to bulking up to fight off wolves in The Grey, Neeson continues to transform his body with diet and exercise and deliver outstanding performances year after year.