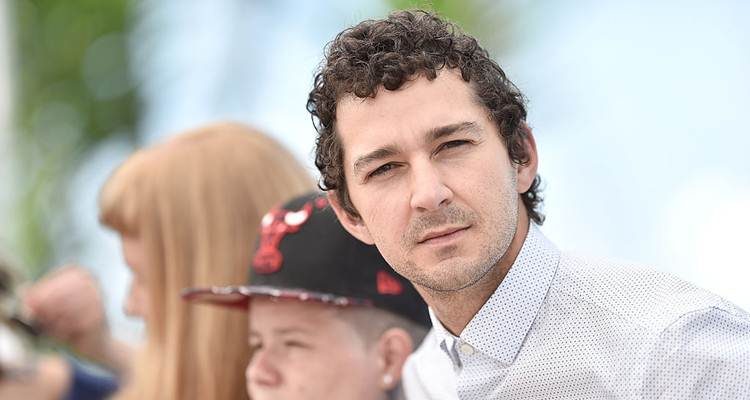 Shia LaBeouf and Kate Mara are set to star in the PTSD (post traumatic stress disorder) drama called Man Down. LaBeouf portrays former U.S. Marine Gabriel Drummer who desperately searches for the whereabouts of his son.

Both actors were required to increase their fitness levels to prepare for the film, which premiered over a year ago at the Venice International Film Festival. The movie will be released in the U.S. on December 2, 2016. Man Down also features Jai Courtney, Clifton Collins, Gary Oldman, and Charlie Shotwell. Here is an exclusive trailer for Man Down:

Shia LaBeouf plays the part of Drummer who returns home from Afghanistan. Drummer, and best friend Devin Roberts, must search for Drummer’s son, Jonathan (Charlie Shotwell) and wife, Natalie (Kate Mara). During the film, the past is revisited and the audience is guided through Drummer’s experiences.

It becomes obvious that Drummer suffers from PTSD, which is considered a psychiatric disorder that can occur after a life-threatening event like a natural disaster, serious accident, terrorist incident, physical or sexual assault, or in the case of Gabriel Drummer, military combat.

Man Down director Dito Montiel says that Shia LaBeouf is intense. Montiel likes that LaBeouf brings an edge to his role in the movie. Montiel and LaBeouf previously worked together for A Guide to Recognizing Your Saints in 2006.

Kate Mara and Shia LaBeouf both have particular diets and workout routines that got them ready for their respective roles in Man Down. Let’s take a look at the diet and exercise regimen of both A-list actors.

Shia LaBeouf can often be seen heading to the gym for a workout in Los Angeles, California. Every day before he works out, LaBeouf will perform a one-hour cardio session that may include running. LaBeouf also has a weightlifting routine at the gym. His exercises will also work his back, chest, legs, shoulders, and arms.

LaBeouf will complement his workout with a protein diet, which includes fish, chicken, eggs, and meat. High-protein foods helps LaBeouf build muscle and provide energy for his workout and acting career. He will also consume healthy carb foods like potatoes, rice, and yams.

He will also consume healthy fats, such as avocado, coconut oil, and olive oil. A typical day of eating for LaBeouf will include eight egg whites, oatmeal, three protein shakes, pasta and chicken breast, and steak, broccoli, and a baked potato.

The 33-year-old Mara has needed to be in great shape for many of her movie roles, including Man Down. Mara enjoys running outside or on a treadmill. She will also work out at the gym and prefers Bar Method workouts when at her Los Angeles home. Mara will also get a cardio workout while she walks her dog.

Kate Mara also embraces a strict vegan diet and loves green smoothies with spinach, kale, and lemon. A green smoothie will help detoxify her body. A strict vegan will exclude all types of food from animals from the diet, including cheese and milk. A vegan diet also includes vegetables, fruit, lentils, beans, oatmeal, brown rice, quinoa, nuts, seeds, and seed and nut-based butters and flours.