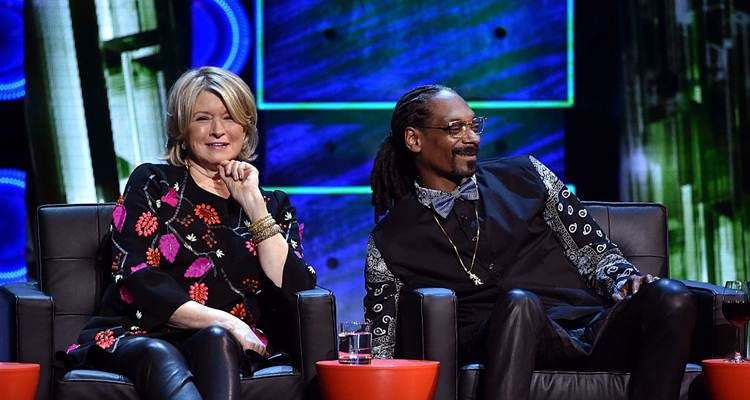 At 71, Martha Stewart looks better than ever. The writer, television personality, and business mogul shows no signs of slowing down; her media empire is stronger than ever, and she’s bounced back after being convicted of charges for insider trading in 2004. So what’s Martha Stewart’s secret to her success, both professionally and personally?

One of her biggest priorities is her health—rightfully so, as she is a 71-year-old successful businesswoman. “I do more exercise than I ever did before, but that’s because I am living a very hectic life that requires exercise. I feel I need it,” she says. She aims for an hour or more of exercise per day—probably more than what most 20-year olds do!

That’s not the only secret to Martha Stewart’s success. One of her celebrity diet tips is eating healthy, fresh, and homemade food. She’s a strong believer in eating healthy, natural foods that are free of artificial preservatives whenever possible.

“I don’t eat a lot of artificial foods and never have; I don’t open a lot of cans and bottles. I just refuse to imbibe or eat things that I think are dangerous,” she says. She’s far from a fanatic, though; every now and then, she allows herself to cheat and eat a piece of cake, if that’s what she’s in the mood for, as long as most of her day is spent eating healthy and well. In fact, she even grows most of her own food in her own greenhouse!

And that’s why she’s been able to age so gracefully. Her first two rules for healthy aging are eating well and exercising, as she shares in her book Living the Good Long Life: A Practical Guide to Caring for Yourself and Others. The book explains Martha Stewart’s 10 golden rules for healthy aging, with advice from physicians, fitness trainers, chiropractors, and a yoga instructor.

Martha Stewart’s celebrity diet is also one you’re already familiar with, as it’s similar to the Mediterranean diet, emphasizing eating a lot of healthy whole grains, nuts, leafy green vegetables, legumes, fish, and olive oil. While she’s not a vegan or vegetarian just yet, she did say she mostly stays away from meat, especially considering many family members are vegans or vegetarians.

Wouldn’t you take tips from this young-looking, healthy media mogul?