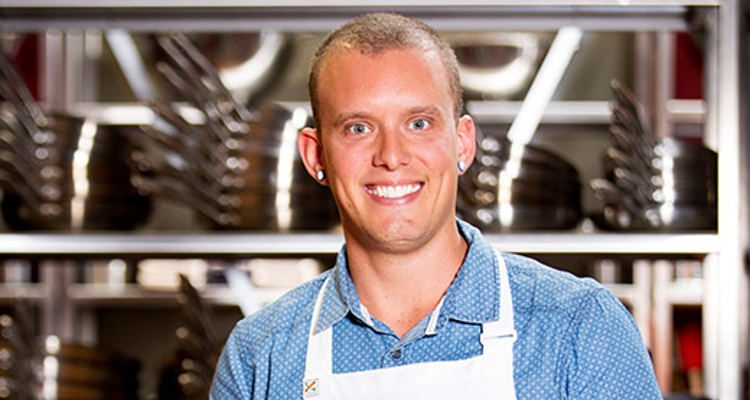 The MasterChef Australia season 8 winner might have been inadvertently leaked thanks to social media. Matt Sinclair is a favorite on the reality show that pits contestants against each other in cooking challenges in order to determine who is the master chef. The 27-year-old coffee roaster from Australia reportedly canceled his honeymoon so he could participate in the show. And that decision may have been incredibly insightful on his part if it turns out that Elena Duggan is the runner-up and Matt Sinclair is indeed the winner.

Speculation that Sinclair, a Queensland native, is perhaps the winner surfaced about a week ago when he posted a picture to his Instagram account of himself and MasterChef Australia 2015 runner-up Georgia Banes at a luncheon in his hometown of Brisbane, at an event called Regional Flavors—a food and wine festival held in different locations each year. The party was attended by MasterChef Australia alums, celebrity judges, and Sinclair—the only contestant from this year’s show to be in attendance.

In another photo on his Instagram account, Sinclair was pictured standing beside celebrity chef Miguel Maestre at a bench behind a demonstration kitchen. His Instagram followers were quick to notice and commented that the MasterChef Australia season 8 semi-finalist must have won the competition. Most of the time, these kinds of blunders don’t happen thanks to some handler ensuring slip-ups like this don’t happen, but then again it could be a savvy public relations ploy to get people talking and motivated to watch the final few episodes. At any rate, it’s keeping the MasterChef Australia brand in the news.

The Final Four Compete for the Title

In MasterChef Australia’s latest episode, Elena Duggan secured a spot for herself in the final four with her lavender sorbet that wowed the judges. The judges had warned her not to add the lavender, but the 32-year-old teacher followed her instincts and took the risk that ended up being savvy on her part. Now she gets to fight for a spot in the finals against Sinclair, the current favorite. The other two contestants in the semifinals are pharmacy technician Elise Franciskovic and cocktail bartender Harry Foster.

In the upcoming episode, the four remaining contestants will be given the challenge of recreating one of Lake House’s signature dishes, but the catch is that the restaurant’s executive chef and co-owner Alla Wolf-Tasker will be on hand watching them. That should set nerves off!

The MasterChef Australia season 8 winner will be revealed in a few more episodes. While being on the show can be difficult for contestants, it’s possibly more difficult for their loved ones. Sinclair’s wife says the months they’ve spent apart have been trying, but she recognizes the situation as his dream that could very well come true. And if he is the favorite, then missing the honeymoon and being apart for a while will likely be worth it in the end.