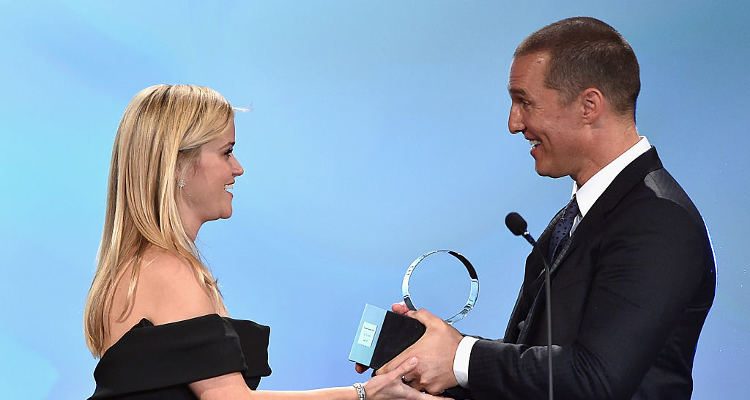 Matthew McConaughey and Reese Witherspoon looked incredibly fit at the premiere for their new movie, Sing. You can barely tell the difference between Witherspoon and her eldest daughter—they look so close in age! It goes to show how youthful Witherspoon looks.

Both stars brought their families out for the event, and everyone looked stunning for the animated movie premiere.

Sing has Witherspoon voicing a pig named Rosita and McConaughey voicing Buster Moon, a koala struggling to maintain his family-owned theatre. In order to keep the theatre, Buster Moon creates the world’s best singing competition. This 3D animated film looks like it will be enjoyed by the whole family, and will most likely be popular over the holidays.

What keeps these A-list celebrities looking so good? Let’s take a closer look at the diet and workout habits of some of Hollywood’s finest.

Witherspoon has a long roster of films under her belt, and even though she has been acting for decades, she looks better than ever. Witherspoon has a slim waist, toned arms, and an overall sculpted physique. But how does the busy mom manage to look so good?

Witherspoon doesn’t believe in gimmicky weight loss diets; rather, she feeds her body with nutritious foods that fuel her. Veggies, nuts, lean proteins, seeds, and healthy fats are all part of Witherspoon’s diet.

But don’t get us wrong, Witherspoon definitely enjoys the occasional treat. Rather than deprive herself, she allows treats in moderation. Overall, Witherspoon follows a portioned-controlled diet which keeps her looking her best.

As for Witherspoon’s workouts, she is a big fan of cardio exercises like running. She is known to run three miles a day. Witherspoon compliments all that running with yoga, Pilates, along with interval and weight training. As you can see, a variety of workouts helps the actress attain her fit body.

McConaughey has transformed his body time and time again for various movie roles. Whether he is buff, like in Magic Mike, or down to the skin and bones playing a HIV patient, McConaughey has put his body through the ringer.

McConaughey often works alongside a personal trainer to prepare his body for his various movie roles, and has undergone circuit training, cardio, and other grueling workouts. He has been known to work out upwards of twice a day, depending on what the role calls for.

Regardless, McConaughey always manages to return back to his hunky and fit self, no matter what he has previously done to train for a movie role.

Both Reese Witherspoon and Matthew McConaughey are incredibly busy actors—and parents—so, to juggle a career and a family while still looking amazing is quite a skill.