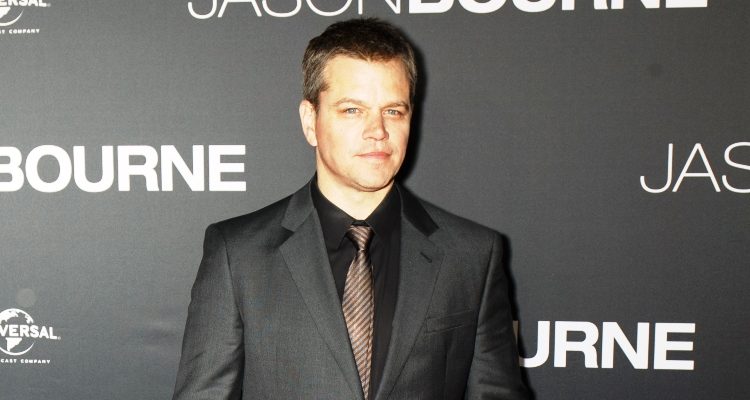 Matt Damon is 47 years old. The American actor, film producer, and screenwriter reportedly weighs 84 kg (185 lbs) and has a height of 5’10” (178 cm). His workout includes cardio and running, which helps him maintain his athletic figure.

Matt Damon, otherwise known to have an athletic body, looked a bit out of shape at the 2017 Oscars.

In late 2016, Damon responded to controversy surrounding his lead role in the film, The Great Wall, by saying that the character was always intended to be a “European” man, and that he takes the issue of “whitewashing” seriously. In other words, he would not want to take away an opportunity from someone more fit for the role.  The movie went on to make its public debut in China and became a box office hit. It grossed over $66.0 million during the opening weekend. This made it the fourth-highest grossing film in China during 2016. Critics, on the other hand, didn’t take the same liking, which may have impacted how well the film did when it was released to the U.S. in February 2017.

Regardless, Matt Damon is always in incredible shape. For many of his films, but for Jason Bourne specifically, he worked with personal trainer Jason Walsh. They focused on helping Damon achieve an athletic and lean physique, while still showcasing his muscles. He did this by working out on the VersaClimber. The VersaClimber is a piece of cardio equipment that works the whole body. Cardio increases the heart rate, improves circulation, and sheds excess fat.

Matt Damon also did plenty of other exercises daily, including push-ups, sit-ups, squats and squat jumps, pull-ups with 35-pound weights, single leg squats with 125-pound dumbbells, and sled pushing and pulling. His trainer refrained from having him do barbell back squats or heavy deadlifts because he did not want to aggravate some of Damon’s physical injuries.

Instead, he focused on pushing him hard enough without breaking him, which sounds pretty intense, to be honest. However, it all seemed to work out nicely, and Damon looks amazing for his age. His trainer also had him consuming 2,000 calories per day while working out for long hours or having two workouts per day. Although the exact foods are unknown, it’s not a stretch to assume he stuck with lean protein, vegetables, fruit, and healthy fats.